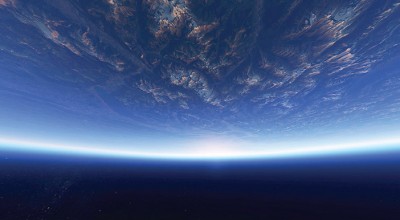 We know that Rosh Hashanah has something to do with hamlachat Hashem, crowning Hashem as our King, but what does that actually mean?

In the first story we read on Rosh Hashana, Yishmael, the son of Avraham and Hagar, is violently ill and about to die. Both mother and son cry desperately to Hashem, begging for a miracle. Suddenly a malach says to Hagar, “Don’t worry. He will live.” And the child lives. In the second story, we read about another son of Avraham—Yitzchak, the son of Sarah. He is also about to die—at the Akeidah, his father’s knife poised above his neck. Suddenly a malach comes to Avraham and says, “Al tishlach yadcha el hana’ar — don’t kill the child.” And the child lives.

The stories have similar plots; both involve sons of Avraham who are about to die but are then suddenly saved by the words of a merciful angel. However, in the first story, Hagar and Yishmael daven and Hashem listens. In the second tale,  Avraham doesn’t daven, and neither does Yitzchak. But Hashem makes a request of the malach, and the angel listens. That’s what the Akeidah is all about: “Hashem says, and I obey”—not “I say, and Hashem obeys.” That’s the way of Hagar, the way of Yishmael.

A woman once said to me, “I married off three of my children in one year. Do you know how it happened? Tefillah. Tefillah. Tefillah. Every morning for one year I was at the Kotel for Shacharit. I was at Kever Rachel every week. And every month I was at Rabbi Shimon bar Yochai’s kever.” Is this what tefillah is—that we fax in our request and Hashem obeys our orders? Of course not! Throughout Rosh Hashanah, we don’t  make one personal request. It is all about the coronation of the King, and our complete and utter acceptance of His will Hamlachat Hashem means that I acknowledge that Hashem is molich, that He carries me on His shoulders and leads me in the direction that He deems good for me. I may not like what I see; I may not appreciate the scenes that unfold during this journey, but this is the true meaning of crowning Him as my King. “Hashem says, and I obey.” It is only with this mindset that a Yid can carry on, no matter how painful the challenges that befall him.

At the start of the new year, when we are unaware of what the next 12 months will bring, there is no more important focus than kabbalat malchut Shamayim.  If we take a look at the name of Yishmael, we find the roots “yishma Kel.” Yishmael’s mentality is to say to Hashem, “I daven, and You listen to me now.” On the other hand, the name of the father of our nation, Yisrael, is comprised of the roots “yashar Kel,” meaning “Hashem is just.” As Yidden, we accept that whatever Hashem, our King, decides to do is for our good, even when, with our human vision, we don’t see it that way.

The Shelah Hakadosh says something beautiful on this topic. On Rosh Hashanah, he advises, every Yid should come to tekiat shofar in the beit knesset with one akeidah, one sacrifice that he made in the past year. What did you give up this year because you love Hashem more than you love yourself? That’s your true akeidah, the greatest merit for your name; think of this before you enter shul at one of the holiest times of the year.

The chapter of Akeidat Yitzchak starts off with Hashem’s request to Avraham: “Kach na et bincha et yechidcha asher ahavta, please take your son, your only son, the one you love…” When the chapter ends, however, Hashem refers to Yitzchak with the words “your only son” and no other description. What happened to “the one you love”? Why didn’t Hashem mention this again? The Shelah Hakadosh tells us that Hashem said to Avraham at this point, “Now, after you were ready to bring your beloved as an akeidah for Me, I see that you love Me more than you love him.” The Midrash tells us that when Yitzchak lay before his father on the altar, his main “your only son” and no other description.

What happened to “the one you love”? Why didn’t Hashem mention this again? The Shelah Hakadosh tells us that Hashem said to Avraham at this point, “Now, after you were ready to bring your beloved as an akeidah for Me, I see that you love Me more than you love him.” The Midrash tells us that when Yitzchak lay before his father on the altar, his main missing something we’ve lost. However, a Yid who is mamlich Hashem the way Avraham did understands that He is the One guiding us through it all; He is the One who is being molich us. Hagar calls the place where her prayers were answered “Be’er Lachai Ro’i.” Avraham, however, calls the mountain on which the Akeidah took place “Har Hamoriah.” These names show the contrast in the relationship each one had with Hashem. “Ro’i” implies, “Hashem, see me now,” but Har Hamoriah refers to a time in the future when Hashem will see.

That is the meaning of “akeidah”— to have faith in Hashem and show Him that we await our salvation patiently. The true crowning of the King occurs only when we bring a true akeidah—when we choose to love Hashem more than anything else in the world. And there is no greater avodah for us on Rosh Hashanah than to focus on achieving this lofty goal.