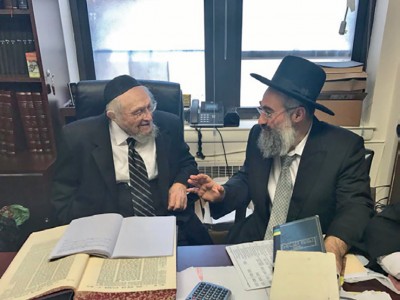 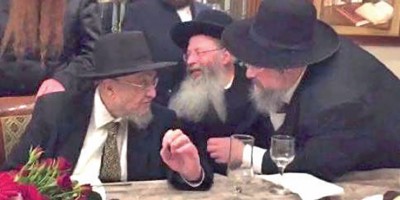 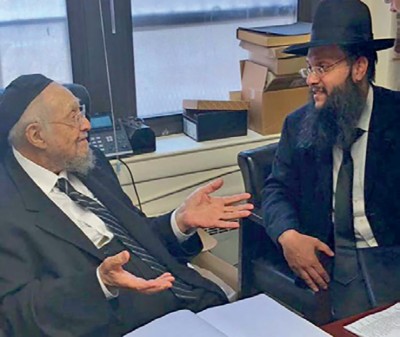 This past Friday, November 6, Rav David Feinstein, one of the greatest Torah scholars of our generation, passed away at the age of 91 in New York.

Aside for his great knowledge in Torah, Rav Feinstein was known for his tremendous humbleness. He never looked for honor or fame; he simply lived his life in order to serve his Creator while assisting anyone in need.

The Bukharian community in New York benefited greatly from Rav Feinstein’s warmth, as dozens of community members attended his Yeshiva in the Lower East Side. Many have grown to become influential members in the community by educating the next generation of youth to a life of Torah and mitzvoth.

Several years ago, as the Chazaq organization looked to expand their public-school outreach programs by creating a new full time Yeshiva placement division, they wanted to invite a renowned Torah leader to come speak to the community about this important matter. One person that came to mind was Rav Feinstein. Although he was not one to speak much in public, Chazaq Director R’ Ilan Meirov felt Rav Feinstein’s mere presence would be enough to influence the community. Rav Feinstein, however, humbly declined claiming that “probably no one in the Sephardic community knows who I am”. Here we have one of the most renowned scholars in the world believing no one outside his circles heard of him due to his great humility. Rav Feinstein then suggested getting one of Rav Ovadia Yosef’s children to be involved with the cause as his family is revered amongst Sephardic Jews.

Rabbi Meirov immediately contacted Rav David Yosef, a renowned Torah authority in Jerusalem, to help with this endeavor. Although Rav Yosef’s visits to New York are normally short with an extremely busy schedule, he agreed to give of his time in order to assist on this matter, following his father’s path in dedicating time to inspire the youth in order to put a halt to the high rate of assimilation.

A short time after the first visit to Rav Feinstein, Chazaq’s late Rosh Yeshiva, Rav Ahron Walkin zt”l, a student of his, met with him and he then joined the Chief Rabbi of the Bukharian community in USA and Canada, Rav Yitzchak Yisraeli, for yet another meeting at a later date. They both gave Rav Feinstein updates on the community while also discussing several important halachic matters. Rav Feinstein was very moved by the meetings and eventually helped put together a passionate letter of support for Chazaq’s life changing work.

Rav Feinstein’s tragic passing is indeed one that the entire Jewish nation will feel as his leadership and genuine love for Klal Yisrael is truly irreplaceable. He was laid to rest in the Har Hamenuchot cemetery in Jerusalem on Monday morning.