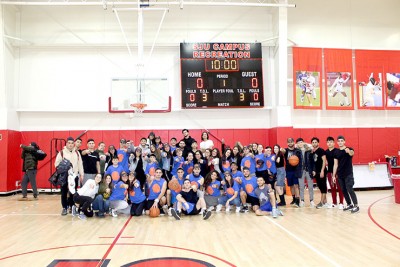 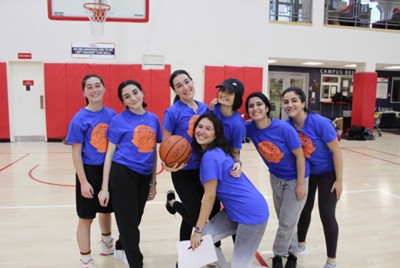 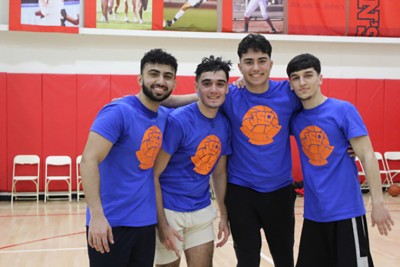 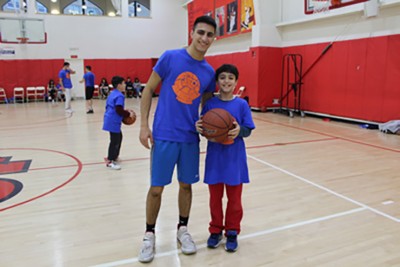 After the first week of the new semester, Jewish students from multiple college campuses came together to play basketball in an event organized by St. John’s University’s very own Jewish Students Association (JSA). On Sunday, January 26th, 2020, students brought their water-bottles, lucky sneakers, and A-game to the Taffner Field House, ready to go head-to-head with their friends in various basketball match-ups and competitions. Walking into Taffner, one could smell the hot dogs roasting and popcorn popping as everyone grabbed their custom-made JSA T-shirts and practiced on the court before the three-on-three games began. Amidst all the fun and competition, the basketball event was organized as a fundraiser, where all proceeds would go to Yachad, a world-wide organization that helps Jewish children with disabilities and assures their inclusion in every facet of Jewish life.

Unfortunately, upon arrival many students were saddened by the sudden and dreadful loss of Kobe Bryant, his daughter Gianna Bryant, and seven others in a helicopter crash earlier that morning. Hearing of a lost basketball legend just before taking part in a basketball event left many speechless, after which William Dayanayev, President of JSA, asked everyone to participate in a moment of silence for all the lives lost.

Playing the Games and Student Impressions

As soon as all the participants arrived, President Dayanayev welcomed everyone and described how the afternoon would go. They would start with the three-versus-three games according to the pre-made brackets and every winning team would advance to the next round. Following these games, everyone can choose to participate in the three-point contest. Finally, two five-versus-five games would begin, where the winners of each would go head-to-head in the final round. Immediately after the group huddle, everyone found their teams and began the three-versus-three games.

Looking around the gymnasium, a feeling of unity and Jewish pride can be witnessed as Jewish boys and girls were brought together to have fun in a safe and inclusive environment. In reflecting back on the event, sophomore Esther Borukhova, who participated in both the three-versus-three and five-versus-five games, explained that, “JSA was able to get so many students to come and play for a great cause… It was great playing with my friends because I felt that we were able to make a memory and create a special bond that we won’t forget.” Junior Moshe Priyev, a participant of all three activities at the event, agreed and added that “the turnout was great and everyone came with so much energy ready to win and have fun with their teammates while keeping the fundraiser in mind.” Moshe’s teammate, freshman Ethan Kazakov, also shared, “It was a great, interactive experience…[and] to know that the event was sponsoring a good cause only made better.”

Many of the JSA Executive Board members were seen playing on the court as well, such as Arik Sionov, Prime Minister of JSA. He explained, “All the students came prepared with their basketball attire and competitive mindset to sink their shots in order to raise money for charity. The combination of sportsmanship and ambition led this event to a huge success.” Arik worked together with close friend and teammate, David Mosheyev, Social Media Chair of JSA, who also saw the event as a huge success during which many participants “were involved and satisfied with the experience.” President Dayanayev could also be seen scoring shots from the paint and taking drives to the basket with his teammates. Looking back at it all, he reflected, “The participants LOVED the event, lots of which approached me afterwards to personally share their positive experience with me. My own little brother who participated came up to me and told me ‘I wish you could throw more events like this.’ I’m glad that this event was able to have such an impact on our young community.”

While not playing in the games, Treasurer and Philanthropy Chair of JSA Nina Aronov was engaged in making sure the event ran smoothly and taking astonishing live photos of the players, along with Daniella Bababekov, Religious Chair of JSA. Nina stated that, “I loved this event because my job is to push for more events that involve Chesed, where we give back…It means a lot to me that we’re doing more fundraising…and we hope to tweak our events in the future to gear them more towards giving back to our community.” She also added, “Everyone loved it…there was a lot of good feedback and many participants were telling us to do it again, something we definitely want to do.” Prime Minister Arik Sionov seconded this, “JSA will definitely have many more similar events with football, soccer and basketball.” With open arms, JSA invites Jewish students of all campuses to join in as well in future public events.

While most students played, students who were not avid basketball players had the opportunity to cheer on their friends from the sidelines and even purchase some hotdogs and beverages at the JSA booth run by Isabella Yunaev (Vice President of JSA), Daniella Bababekov (Religious Chair of JSA), Raquel Ilyaich, and Daniella Borukhov (Outreach Chair of JSA).

The three-versus-three games concluded with winners Jason Abraham, Simon Shimunov, and Natan Ibragimov, followed by Avi Yadgarov, who won the three-point shooting contest and finally, the winners of the final five-versus five game, which ended a great night. After the final game, hand-shakes were exchanged and many students began to replenish their energy with some hotdogs and popcorn. After having an afternoon filled with fun, laughter, and good experiences with friends and family, the JSA Executive Board had one more surprise in store for everyone: custom made JSA Ballout snapbacks. Tired yet excited, all the participants could not wait to pose with their new hats in the group picture.

Having been the first event of its kind, the JSA Ball-Out for Yachad was a huge success. At the end of it all, Moshe Priyev reflected, “It was so much more than a basketball game; it was a great way to bring all of us together, feel Jewish pride, meet new people, and do it all for a great cause.” President Dayanayev also concluded that, “The most important thing was that we raised awareness for Jewish kids with disabilities all while giving our community a fun and engaging way of going about it. After such positive feedback, we definitely want to have events like this in the near future.”

This truly was a fun, interactive, and memorable night – one all participants will be anticipating in the years to come.