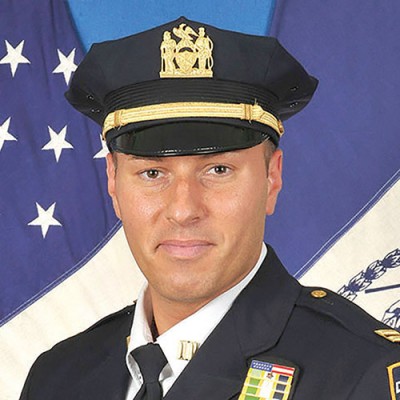 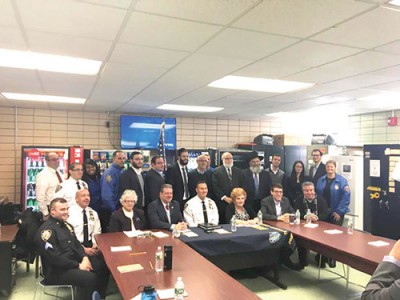 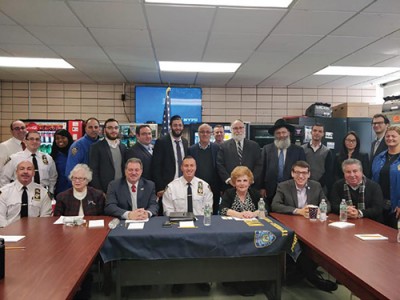 On Friday January 11th, the 112th Precinct Police Department arranged a private meeting with the Alliance of Bukharian Americans regarding the recent string of violence around 108th street. The meeting was organized by Senator Joseph Addabbo, and was joined by many other representatives including Senator Toby Ann Stavisky, Councilmember Karen Koslowitz, Assemblyman Dan Rosenthal, and the offices of Assemblyman Andrew Hevesi, Congresswoman Grace Meng, and Borough President Melinda Katz. The forum was the first direct contact between the 112th precinct and members of the Bukharian community most directly affected by the violence; in attendance was Rabbi Shimonov and President Ilya Koptiev of Beth Gavriel.

We were able to finally get a clear picture of the 112th precincts’ vision of what transpired on that day in late November, when a Yeshiva boy was brutally beaten by a gang of public school youth. Four young perpetrators were arrested, two of them were charged with gang assault, and are awaiting a court date. Since the incident, the 112th increased police presence during dismissal at Forest Hills High School, increased School Safety Units, and kept a ‘Zero Tolerance’ policy. But this meeting was not only about reacting to the violence; we discussed the many preemptive options we have as well.

Captain Cermelli of the 112th precinct presented many of the steps he is taking to ensure that the area remains safe. 108th street and its environs are now in many ways a priority for the police department. Furthermore, the captain recognizes the importance of having a ‘man on the ground’ and in the community who can act as a liaison for the sizable Jewish presence around Forest Hills High School. All of the public servants and their representatives who attended shared valuable insights and gathered information about the current situation.

The presence and comments of all those who attended this meeting presented a deep concern for the welfare of the Bukharian community. There is no doubt that our community feels safer and attended to when it’s public servants and police precinct actively work together to restore calm and security. The Alliance of Bukharian Americans in particular and the Bukharian community at large appreciate the efforts of the 112th precinct to ensure that accurate information be disseminated, and their desire to work in tandem.