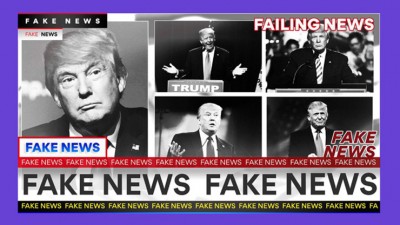 If only, oh, if only there had been someone to warn us that widespread mail-in voting would lead to chaos! If only someone had told us that an unlimited reliance on absentee ballots would create an election disaster.

If only someone had said, back in August, say: “They want to send in millions and millions of ballots. And you see what’s happening… It’s going to be a catastrophe.”

And well, yes, Donald Trump did say that, repeatedly. But it was hard to hear him over all the “fact-checking.”

And really, how dare he disparage the glorious American tradition of widespread mail-in voting that goes all the way back to never before?

To revisit Trump’s warnings and see how they were dismissed — why, it almost makes you feel our news media is a collection of corruption bent on hiding the truth from the American people they’re meant to inform.

Of course, widespread mail-in voting was a bad idea! Early voting is a bad idea. Anything likely to increase chaos and create the opportunity for fraud is a bad idea. Even if it all comes out right in the end, the losing side will never accept the result, increasing the hostility and divisions between us.

As with jobs, ISIS, Middle East peace, illegal immigration, China, NATO, regulatory overreach, taxes and who, at this point, can remember what else, Trump was once again right and our ever-so-clever corporate press was … how can I put it? Stupid? Dishonest? Dirty? Low? All of the above.

Now that the smoke is clearing, Trump, as always, has muddied the waters with hyperbolic claims that the election was stolen. Mind you, they’re hyperbolic because he doesn’t have the facts to back them yet. But that doesn’t necessarily mean they aren’t true.

The fact that, as of right now, the results of the election seem split — a Trump loss but a Senate hold and pick-ups in the House — suggests to me that fraud was not decisive. If you’re a Democrat committing fraud, why not give everything to the Dems? Maybe instead, the American people rejected both the increasingly radical Democrats and the, let’s face it, exhausting President Donald.

On the other hand, maybe Trump’s right and the Dems stole what they stole. I think we’ll find out soon enough.

But this much is for sure. The people on Twitter and Facebook, on MSNBC, ABC, CNN, and CBS who are now censoring and dismissing Trump’s angry claims of fraud are the very same people who censored and dismissed the warnings of chaos that turned out to be completely correct. These are the same people who roiled our polity with years of stories about a Trump-Russia connection that never existed, and then suppressed information that suggests Joe Biden and his family sought to make a profit by dealing with an arm of the Chinese Communist Party. These are the people who ginned up mass hysteria over wholly unsupported charges of misconduct by Brett Kavanaugh, and then buried far more credible charges against Joe Biden from Tara Reade. These are the people who carried water for a destructive impeachment over nothing anyone can remember, who let reckless people come on their shows and cry “Hitler” when any Hitler worth his mustache would have had them carted away.

CNN’s Anderson Cooper said Trump is “like an obese turtle on his back, flailing in the hot sun, realizing his time is over.” What is Anderson Cooper but a shell without even a turtle in it?

Donald Trump is what he is and has been what he’s been, good and bad, but as with many other subjects, he is utterly right about this: the news media is rotten. They have betrayed every principle that makes them worth defending. If Trump has taught the GOP to treat them like the enemies of the people they are, if he has taught the people to disregard them, if he has undermined their credibility even a little, he has done this nation a great service, and he deserves immense credit just for that.