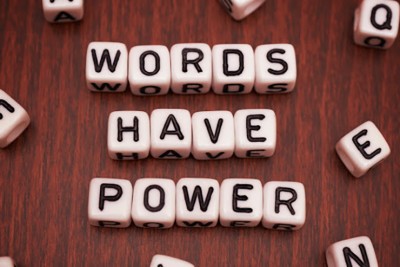 According to an old saying, “The more things change, the more they stay the same.” There’s a lot of wisdom in this observation, but it really needs updating because these days things aren’t staying the same. They are changing rapidly – and for the worse. A recent article in The New York Times is not only offensive but slanderous and bordering on
anti-Semitic.

The Times would have you believe that the epidemic hammering the whole world – all of the suffering, the deaths, the terrible illnesses, the shutdowns, the economic devastation, cities on lockdown – is the fault of Jews, particularly chasidim.

Of course, it couldn’t be caused by a natural disaster. Nor was it by a virus escaping from a lab, or the careless or hostile actions of a faraway nation or terrorist group. Nor does the severity of the crisis have anything to do with officials who didn’t implement protective measures quickly enough or who mishandled the situation.

It’s all too easy to blame our problems on an individual or a group, but doing that is very much like yelling “fire” in a crowded theater. It is irresponsible, and can have terrible ramifications. Jews are once again being blamed for the world’s problems and suffering consequences of that.

There is a great deal that science still does not understand about the coronavirus – a view shared by people recognized as experts in epidemiology. Moreover, the virus may be mutating, making it even more difficult to contain and prevent. But none of this matters to haters. They know who’s really responsible.

Here’s how The Times explained the situation. “Celebrations of the Jewish holiday of Purim, which fell on March 10 this year, were canceled by many Reform, Conservative, and Modern Orthodox synagogues. But many Hasidic groups observed the festival, drawing people to gatherings where they may have been exposed to the virus.” This mix of fact and fiction is very powerful and inflammatory.

Let’s take a closer look. On Purim, all branches of Jewry traditionally gather with family and friends, share festive meals, and exchange gifts – this much is true.

Purim was celebrated on March 10, and while this is not so long ago on the calendar, in reality it seems like it was eons ago. And back then, the idea of avoiding crowds was more of a suggestion than an edict.

That night, as usual, many thousands of people were attending theaters on Broadway, going to movies, and eating at restaurants.

Also on that day, subways and buses were shuttling many hundreds of thousands of people to and from work in Manhattan and to many other locations around the city. When those people reached their destinations they took crowded elevators, worked in crowded offices, and shopped in crowded stores.

The city’s schools and yeshivas were still open (it wasn’t until March 15, nearly a week later, that the mayor ordered them closed). And while many people were probably aware that a health crisis was brewing, almost everyone conducted business as usual. In fact, many New Yorkers watched an amazing air show by the Navy’s Blue Angels and the Air Force’s Thunderbirds without practicing social distancing.

None of these activities were criticized by The Times – only those practiced by religious Jews, who were singled out, vilified, and blamed for the city’s health problems.

The Power Of A Word

Years ago, kids were taught that “sticks and stones can break my bones but words can never harm me.” But in truth, words hurt even more, and if we still needed a reminder after the article in The Times, we got one from Mayor Bill de Blasio, who tweeted an angry message directed at the Jewish community.

The mayor’s tweet came after hundreds gathered in Williamsburg for the funeral of Rabbi Chaim Mertz. Hizzoner wrote: “My message to the Jewish community, and all communities, is this simple: the time for warnings has passed. I have instructed the NYPD to proceed immediately to summons or even arrest those who gather in large groups. This is about stopping this disease and saving lives. Period.”

This message may have been logical, but was it fair? The funeral procession had been arranged with the help of the NYPD, who closed streets. People who came out to pay their respects to the rabbi were wearing face masks. Writer, editor, and commentator John Podhoretz wrote,” They showed up in greater numbers than was safe, that is clear….. But the very same police officers who set up the pylons closing the streets to car traffic could have limited the numbers, the way they do on New Year’s Eve around Times Square.”

The Lawfare Project, a Jewish legal and civil-rights group, also was disturbed by de Blasio’s tweets, and they filed a Freedom of Information Act request as part of an investigation into the alleged targeting of New York City’s Jewish community.

“(We are) concerned that, at a time when anti-Semitic hate crimes are skyrocketing in New York City, Mayor de Blasio has added fuel to the fire by singling out the entire Jewish community for the spread of the coronavirus, even threatening its members with arrest,” Gerard Filitti, senior council at the Lawfare Project, said in a statement.

Lawfare Project provided documents of several high-profile situations where the NYPD did not issue summonses or arrests for social-distancing violations.

The mayor eventually apologized and made clear that he did not intend to offend the Jewish community. Nevertheless, the damage had already been done.

Last Monday, Queens residents Paulo and Clelia Pinho drove to Williamsburg, got out of their car, and allegedly shouted anti-Semitic slurs at three Chasidic men. Worse, they tried to rip off their face masks while blaming them for the spread of the virus. “You’re the reason why we’re getting sick,” one of the suspects allegedly said, according to police.

So where does the Jewish community stand? It’s hard to deny at least a hint of anti-Semitism in some articles that appear in The Times. The mayor, on the other hand, is a different story.

While his policies affect every New Yorker, some of them have been especially helpful to people with large families and those with lower incomes, which include many frum families.

Several years ago, there was a terrible fire on Bedford Avenue in Brooklyn that took the lives of several frum children and devastated that family. The mayor visited them to express condolences in person, and he was so moved by the tragedy that he was brought to tears. These are certainly not characteristic of a bigot.

Nevertheless, there have been real questions about his response to the violent crimes against Jews in the city. Under his watch as mayor, anti-Jewish crimes in the city reached an all-time high in 2019. According to Watchdog, last year, anti-Semitic hate crimes surged 29 percent, and that followed the previous all-time high set the year before. Some believe the mayor didn’t do enough to stop those. And his unfortunate tweet that singled out the Jewish community for criticism exacerbated an already bad situation.

Rabbi Yosef Mizrachi, the well-known maggid shiur, sometimes explains current events from a Torah perspective, and he warned that there is an upsurge in anti-Semitism. He says we don’t see all the hate simmering below the surface because people are staying at home, but when society opens up, he cautions, it will become very evident. Hopefully this scenario will not unfold, but the Jewish community needs to brace for itself if it does.

There’s no question that there are many people out there who are very angry, frustrated, and frightened. They are worried about their health and that of their families, about how they will pay their bills, and whether they will still have a

job when this is finally over. One senses that they are near the breaking point and that anything can set them off.

When a powerful public official blames Jews for society’s problems, it further infuriates the public – even if this was not the intention. And when a once-respected publication blames Purim and chasidim for spreading the virus while not even mentioning countless other times people have gathered, it too needs to be called out.

Words are very powerful, and when the charge that the Jews are responsible for all of their problems is repeated often enough, people come to believe it. And their hate for Jews grows.

With Hashem’s help, this too shall pass. May it be His will that this happens very soon.