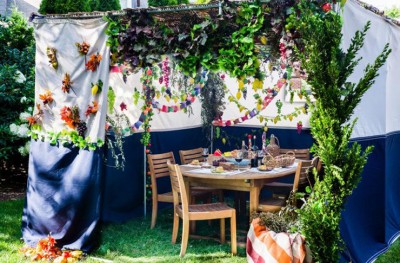 Joe was one of those young entrepreneurs who seemed that have ability to turn everything he touched into gold. Every venture he invested in, each deal he went after, and every business prospect he followed, seemed to turn to gold. At thirty-five years old he was wealthier than he ever could have imagined. Cars, exotic vacations, more than one stately mansion in various locations – he couldn’t spend his money fast enough. But he was growing increasingly disillusioned with his life and nothing seemed exciting anymore.

Then one day while attending a business expo in a luxurious hotel, there was a Jewish Discovery Seminar taking place at the same time. With some time to kill and curiously about his hidden Jewish roots, Joe wandered in and sat in the back as one of the lectures began. He was enthralled with what he heard. He ended up sitting through three more lectures and by the end of the day he was completely blown away. He had no idea where and what his next step would be, but he knew he had to pursue it further; he knew he had to make a major change in his life.

More on Joe in a little bit…

Jessica had a very troubled youth. The fact that her parents were never around, and they lived in poverty only made things worse. In her youth she gravitated towards a bad crowd and ended up in all the wrong places. Now she was a young adult and didn’t know what to do with herself. She was disgusted with her life on the streets and the life of drugs, violence, and everything else that came with it.

Then one day she met her fifth grade teacher – the one she had idolized, and the one she felt truly cared about her. Her teacher’s spark was still there, and she invited Jessica to spend a Shabbat with her family. Jessica accepted the offer and enjoyed her first relaxing and uplifting experience in almost a decade. After Shabbat was over Jessica knew it was time for a change. She had no idea where she would go and how she would get there, but she knew the direction she had to take.

A year passes and with it the dullness of life. Then suddenly on Rosh Hashanah we are struck with a moment of inspiration. We feel that there is something greater that we are a part of and that we need to tap into. Yom Kippur is a Discovery seminar wherein we rediscover our selves and seek to reconnect with ourselves. When Yom Kippur ends, we know we need to make some changes, and we know the general direction we need to pursue. However, we are still not sure how to get there.

The Sefat Emet writes that a baal teshuva always feels somewhat lost. He has made a commitment to leave his past life and pursue something greater, but he doesn’t yet know how to arrive there. The succah is the place Hashem provides as the haven and training grounds for the baal teshuva.

For a week he dwells in the embrace of Hashem and trains how to eat, sleep, and live a Jewish life. He is visited by seven of the greatest instructors of all time – they are called the Ushpizin. [True, one does not see the Ushpizin, but the fact that we focus on one of them each night, affords us the opportunity to learn from their example as recorded in the Torah, about how to live a divine life.]

This is why Sukkot follows Yom Kippur. The gemara states that in the place where a baal teshuva stands, even the most sincerely righteous cannot stand. The Sefat Emet explains that this is because Hashem provides ‘place’ for the Baal Teshuva so that he can achieve his dream of living an elevated and sanctified life.

A friend of mine who became a baal teshuva years ago and is today a respected talmid chacham, once conveyed to me the challenge of a baal teshuva in raising children. “We don’t know what is considered normal in the frum circles. At times ba’alei teshuva go to an extreme and don’t allow their children breathing room, which causes many problems later on. It’s not enough to create ba’alei teshuva, they continue to need direction and guidance in every facet of their Judaism. In many ways they need it more than those born into a Torah observant family.”

The Sukkah provides us with direction, so that when we return to our homes on Shemini Atzeret we can celebrate our achievements and how far we have come.

But at that point we are faced with the great fear of not losing all that we have gained.

As we return to our opening anecdotes, if we fast forward many months, Joe and Jessica are now known as Yosef and Rivka and are living Torah observant lives. But they also live with an embedded fear that they can be influenced by their old friends and fall back into old habits. They always have to ensure that they are connected with their supports who they knew they can turn to whenever they need chizuk.

We too live with a similar fear after our ‘training session’ on Sukkot. So, on the final day of this incredible holiday/journey, we clutch our guarantor close to our hearts emotionally pledging ourselves to all it states. It is in the constant study and dedication to Torah that our hope lies. That is how we can maintain our growth throughout the year.