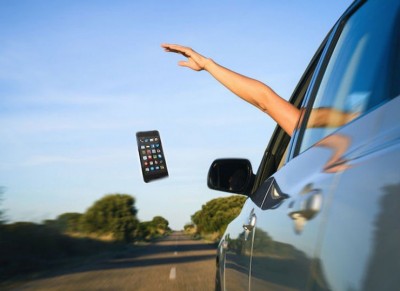 Rabbi Noach Sauber, a seasoned and popular educator and a personal mentor of mine, is the Assistant Principal and Head of Judaic Studies at RTMA in Elizabeth, NJ, as well as the Learning Director here in Camp Dora Golding.

Rabbi Sauber related that a few winters ago, he was teaching Parsha Vayeira to his students in RTMA. When he reached the Torah’s account of Avraham Avinu offering his beloved son Yitzchak as a sacrifice to Hashem at the akeidah, he paused. He was about to teach about the greatest act of personal sacrifice ever displayed by a human being towards Hashem, but they would not be able to relate to it at all. The whole story, including the idea of Hashem, calling for human sacrifice, was incredibly foreign to a group of twenty-first century Modern Orthodox kids. He felt it would be a missed opportunity if he couldn’t somehow bring the story down to their lives, so they could gain from the heroic story in a practical manner.

He thought long and hard until he was struck by an epiphany. He then said a silent prayer that his idea and efforts be successful.

The following day, at the beginning of shiur, his students filed into class and settled into their seats. Five minutes after he began class, Jeff, who was notoriously late, strolled into class. The rule in RTMA is that all students must place their cell phones in a basket on the teacher’s desk at the beginning of each class. Being late, Jeff was a bit flustered and forgot to give in his phone.

As Jeff sat down, Rabbi Sauber pretended he was frustrated with Jeff and asked him where his phone was. Jeff apologized and pulled it out of his pocket, walked up to the front, and handed it to Rabbi Sauber. At that point, Rabbi Sauber grabbed the phone, walked over to the window, threw it open, and emphatically declared that he had it with the lateness and the phones. He then threw the phone out the window, at least that is how it appeared to a very shocked Jeff and his classmates.

The classroom was dead silent. Rabbi Sauber looked at Jeff and asked him what was wrong. Jeff looked up in shock, “What’s wrong? My whole life is on that phone and you just threw it out the window.” At that point, Rabbi Sauber opened his hand and showed Jeff that he never thrown it at all. “But Jeff, you’re telling me that your phone has your whole life on it. I want to ask you a question, but you have to answer me honestly. If Hashem Himself appeared to you today and instructed you to throw your cell phone out the window, would you do it?”

Jeff looked up slowly, “Honestly, I am not sure I could do it, even if Hashem Himself told me to.” At that point, Rabbi Sauber told his class, “Now we are going to learn about the greatest act of self-sacrifice that ever occurred. Now perhaps you can have a small glimpse of what it took for Avrohom Avinu to perform the akeidah.”

Rabbi Moshe Wolfson notes that the word nefesh refers to one’s desires. When Avrohom Avinu was negotiating with Ephron and the B’nei Cheis to purchase the Cave of Machpelah, he said, – “If it is your desire.”

The greatest level of mesirat nefesh is giving up one’s life, because our ultimate desire is to live. However, any time one suppresses or overcomes a desire or a personal craving in order to fulfill Hashem’s Will, he has been moser nesfeh – i.e. he has given up some of his nefesh.

That means that every individual has the opportunity to be moser nefesh constantly. Every time we challenge our base desires and overcome our impulses; we demonstrate mastery over the animalistic component of ourselves. One who averts his senses, alters his behaviors, or invests added resources and efforts into his spiritual pursuits, exercises his soul over his physical body and becomes that much greater.

We do not need to offer our child upon the akeidah in order to follow in the footsteps of Avrohom Avinu. We need only to prioritize the Will of G-d over our own.