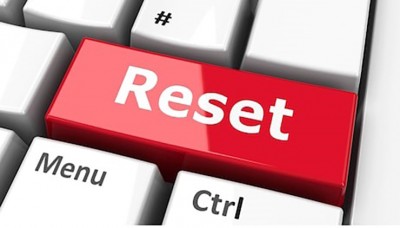 Marty wasn’t very adept at using computers. It took him a long time to familiarize himself with new technology, and he always seemed to be a few steps behind. When he finally downloaded programs and apps he required, he constantly needed to be reminded how to use them.

The company technician was summoned at least once a week to update or repair Marty’s computer. But one week, Marty really blew it. He had way too many programs open on his computer, including streaming videos and other work-related programs. Then, suddenly, his computer completely shut down. At first, Marty thought it was no big deal, and that he could just reboot the computer. But when the computer started showing all sorts of codes and errors, he knew he was in trouble. He put in a panicked call to the technician for help. The technician arrived a short while later and quickly he realized that this was no simple matter. He had to go into the bowels of the computer to change settings and download new programs. (If you are somewhat technologically savvy, you have already realized that I don’t really know what I’m talking about, but bear with me.) It took the technician almost four hours to recover all of the damaged files, including documents and files used by the entire company. Finally, Marty’s computer was back up and running.

As the technician gathered his things to leave, and Marty sat back in his chair, he asked the technician if he thought it would be a problem for him to reopen all the files simultaneously that had been open when his computer crashed. The technician looked at him in disbelief. “Are you kidding me? Don’t you see what happened because of your reckless computer activity? If you do all that again, then all of my efforts just now were for nothing!”

The moral of the story is that, when you push the Reset button, don’t just go back to what you were doing before!

We have no business playing G-d or prophet. No one has the right to say why the pandemic happened, why people suffered and died, why people had to be alone, why the economy tanked, etc. But we would be foolish not to learn personal lessons from everything that happened, so we can grow from it, and resiliently emerge stronger because of it.

My rebbe, Rabbi Chaim Schabes, noted that we should not presently go back to our shuls. Of course, as restrictions are being lifted and we are once again able to daven with a minyan in shul, we should be excited to do so. But we should not “go back.” Going back means returning exactly to the way we were when we left. We want to return – albeit differently, and better!

We invest time and effort to ensure that we daven with a minyan. It’s part of our lifestyle, and we readily inconvenience ourselves to do so. There is no doubt that our Tefillot have always been incredibly efficacious and have protected us in so many ways. But now that we have not been able to be in our shuls for a few months, it is incumbent upon us to up our game.

No professional sports player wants to come back the next season exactly the way he was the year before. He uses the offseason to study his personal performance and to see where he can improve and become a better player.

In a sense, this is a new season, a new chapter, in our lives and in our avodat Hashem.

Just as in the business world, everyone strives to be innovative; that is how we should approach tefilah.

A young rabbi, who was a student of the Telsher Rosh Yeshiva, Rabbi Mordechai Gifter, once approached Rabbi Gifter and said that he had been invited to be the guest lecturer in an out-of-town community. He wanted to know if his rebbe had a suggestion for an appropriate message that he should relate to that particular community.

Rabbi Gifter was born and raised in America but traveled to Europe to learn in the prominent Telshe yeshiva in Lithuania. He was only able to afford a third-class ticket for the boat ride. He was assigned a room at the bottom of the ship, adjacent to a massive banquet hall.

A few days after they were out at sea, there was a festive masquerade party in the banquet hall. Rabbi Gifter had never before seen adults wearing costumes and acting frivolously.

Suddenly, there was a loud noise and the electricity on the boat went out. The tragic events of the Titanic were known to all. Immediately, everyone pulled off their masks, put down their glasses of wine, and began crying and praying.

Three minutes later, the power went back on. A collective cheer erupted; the music resumed, masks were re-donned, glasses lifted, and the festivities resumed.

Rabbi Gifter concluded his story and turned to his student. “Tell the congregation that when the lights come back on, don’t put the music back on as if nothing happened!”

At this juncture, the Divine proverbial Reset button has been pressed. We would be foolish to let things just return to the way they were.