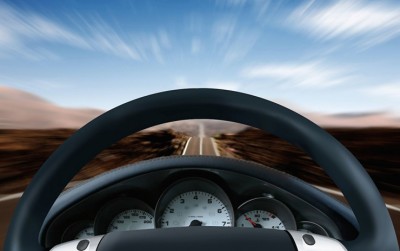 There are three levels of special times we enjoy on the Jewish calendar. The kedusha of Shabbos Kodesh is, in the vernacular of Chazal "kevia v'kayma - set and established". Its holiness embraces the world on Friday evening, and our role is only to accept it, like a passenger.

Succot and Pesach are days fixed on the calendar, both beginning on the fifteenth day of their respective months. However, when the Sanhedrin, the great Jewish court was still in function, the sanctification of the new month, Rosh Chodesh, was done by them. Although the holiday itself began on a fixed date, the rabbinic court had a say in when the month would begin. The holiness of those holidays is analogous to one pushing the pedal while someone else is steering.

Shavuot however is unique in the sense that it is wholly dependent on us. The Torah strangely doesn't even give the holiday a calendar date. The holiday begins on the fiftieth day of the OUR counting, which we began on the second night of Pesach. [There is an opinion in Halacha that if one crosses the International Date Line during the days of sefirah and does not cross back, he should continue to count sefirah according to what night it is for him, despite the fact that everyone around him is one night ahead.] Shavuot is celebrated at the culmination of one's personal count. It's an incredible concept; the holiday of Shavuot, the anniversary of the most seminal event that ever transpired, is based on our count.

More so than any other holiday, on Shavuot we are in the driver’s seat as it were. We push the pedal and we steer, and G-d is our passenger, as it were.

The Kotzker Rebbe noted that we refer to Shavuot as "the time of the giving of our Torah", as opposed to "the time of our receiving of the Torah". G-d gives the Torah on Shavuot, but it's our prerogative whether we want to accept it, and how well we will accept it.

The relatively brief holiday of Shavuot affords us the chance to be in the driver seat, but it's up to us to take advantage of that opportunity.