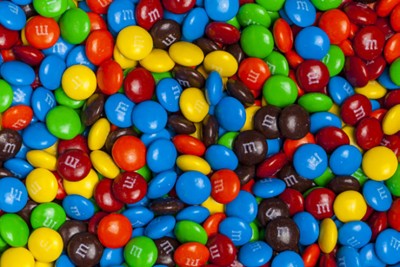 In case you aren’t aware, President Trump was impeached, put on trial, and has since been acquitted of the charges that led to his impeachment.

As one person put it, “from the whole impeachment trial, at least Americans learned a new Latin expression: quid pro quo.”

To the chagrin of some and the relief of others, the trial in the Senate ended relatively quickly. Despite their personal feelings, Senators have to be happy that the trial is over, simply because of the dietary restrictions imposed upon them during the trial. They are allowed no food or drinks besides water and milk. Well, no food other than the famous candy drawer. For some odd reason, while even coffee is prohibited, candy is permitted in the Senate.

The current Capitol Hill Candy Man is Pat Toomey, Junior Senator (Republican) of Pennsylvania. Pennsylvania is the home of Hershey’s Chocolate World and 200 confectionary companies, and therefore Pennsylvania is the candy capital of America. Toomey makes sure that his desk is well stocked with all sorts of candies for his fellow Senators. It may be the only bipartisan thing in Congress at this point.

This concept is not so strange to us, because we are all familiar with the shul candy man. I remember one candy man who had a sign in his talit bag calling for everyone to vote for him as Shul Candy Man. As a youngster, I wondered when those elections were held, and what qualifications the candy man needed to have.

The idea of receiving candies or treats for a spiritual accomplishment is not without source. The Rambam (Peirush HaMishnayos, Sanhedrin, chapter 10) writes that a young child does not yet have the intellectual ability to appreciate Torah, and so he should be given some treats (Rambam suggests walnuts, figs, or some honey) to goad him to learn. As he gets older, the incentives should remain age-appropriate. At some point, he will hopefully be mature enough to appreciate the greatness of Torah and want to learn on his own.

In 1904, Ivan Pavlov received the Nobel Prize for his experiments in classical conditioning. He noticed that dogs began to salivate when the technicians who fed them appeared, even if the technicians weren’t holding food. Association through stimuli became known as the Pavlovian response.

Long before Pavlov experimented with his salivating dogs, however, the Rokei’ach (1176-1238) recorded the ancient custom that when young children were brought to learn Torah for the first time, they were given honey cake so that they would associate Torah with sweetness and enjoyment.

One of the challenges of contemporary society is that everything is so readily available, and however much we want. Supersize becomes the norm, and childhood obesity has become a national epidemic. Candy that is eaten all week, and whenever a child wants, is no longer special on Shabbos, or as an incentive for when the child does something exemplary.

But the truth is that, even as adults, we are not above culinary incentives.

Rabbi Avrohom Yachnes is a seasoned and beloved rebbe for over three decades in North Miami Beach, Florida. When he began his career in chinuch, during his first year as a rebbe he had a particularly challenging and difficult class. Within a few months, he was feeling somewhat despondent and was rethinking his ability to do what he loved and wanted to do.

At that time, he had a friend who was close with Rav Yosef Shalom Elyashiv zt”l. Rabbi Yachnes asked his friend to ask Rav Elyashiv for some advice. Rav Elyashiv replied, “I heard that in America they have food people like called pizza or ice cream.” Rav Elyashiv suggested that, every day, when Rabbi Yachnes finished teaching, he should buy himself a slice of pizza. That physical incentive would give him the boost he needed to deal with the challenges of teaching.

Rabbi Yachnes related that he followed the advice, albeit not exactly. Instead of pizza, what kept him going was the daily chocolate Thick Shake he picked up from Carvel after he finished substituting each day. Over three decades later, he agrees that it was indeed the extra boost he needed at that time. (Rabbi Yachnes adds that at that time he was able to afford the calories and sugar intake.)

It’s not exactly the advice you might have expected from a leading Torah personality. But the truth is that one who is immersed in Torah wisdom has a keen and deep understanding of human personality and motivation. Rav Elyashiv, who himself never indulged in candy or culinary treats, understood and suggested that a struggling and aspiring rebbe utilize his natural physical cravings to help him accomplish his goals and aspirations.

We can easily overindulge in candy, sugar, sweets, and treats. But when used in the right time, in the right manner, and with proper balance, it can be a wonderful motivational tool and boost. For some, that may mean surviving an impeachment trial; for others, it can enhance Shabbos Kodesh, be an incentive to daven and learn, and help a rebbe overcome his initial inhibitions on his path to becoming a beloved pedagogue who has influence, and continues to influence, scores of students.