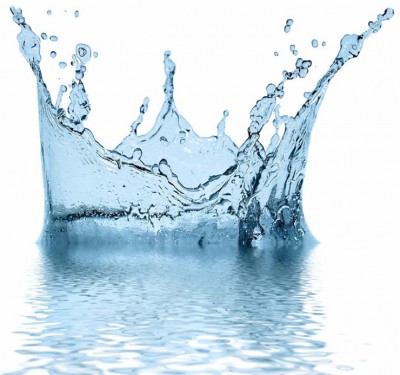 This past Friday morning, after I made my morning coffee, I headed down to my basement office to learn, as I do every morning. About ten minutes after I sat down at my desk, I heard the unmistakable sound of rushing water from nearby. After getting over my initial denial, I jumped up and ran over to the boiler room. As soon as I opened the door, I was met with the dreaded sight of water flowing out of our hot water heater.

My mind began racing as I ran around the house looking for something big enough to hold the flowing water. Truthfully, it wouldn’t help for long anyway, because the water was flowing out so quickly. I posted a mayday text on our neighborhood WhatsApp group and received immediate responses despite it being during the predawn hours. They suggested that I immediately shut off the water. It was great advice, except that I had no idea how to do it. Thankfully, within a few minutes I found the lever and shut off the hot water from entering the tank. The gushing slowed to a trickle, but it was still a steady and consistent trickle. [I should add that one neighbor came over and spent forty-five minutes trying to help me figure out my next move. It’s good to know good people!]

For the next two hours, every few minutes I would empty the pan, which was the only thing that fit directly under the leak, into a bigger container. Then I schlepped the container outside to empty it. Finally, the plumber arrived and changed the tank, ending my tense morning escapade.

During the over two hours that I was emptying and schlepping, the basement looked like a semi-war zone. Everything that had been in the boiler room was thrown around the room hastily. Drenched towels lined the floor and the nearby carpet, with containers of different sizes filled with varying amounts of water all around the defunct, but still dripping, water heater.

Yet, when I went upstairs to give my wife updates and to quickly take care of things before I had to rush back down for the next emptying duties, it seemed like a regular morning. Our children were eating breakfast and getting ready for school, music was playing in the background, and everything was calm (relatively anyway).

At the time that contrast struck me but couldn’t think much about it. Now in reflection however, I think my experience serves as a powerful metaphor. In regard to interpersonal relationships, we are only privy to seeing other people’s “ground floor”, as it were. Things often seem to be perfectly in order, serene, tranquil, and full of blissful goodness. But that’s because we do not see what’s happening in the “basement”, beneath the surface. How often in life, do people suffer in silence and we have no idea what’s truly happening in their lives.

On a deeper level, this is true about our own lives as well. We live a finite and temporal existence. We come in the middle of a long story, and we leave well before it’s over. We can hardly know about the deeper meaning behind the workings of this world. We only see the ground floor around us, but we are not privy to the depth beneath all that transpires.

On Monday, we celebrate Tu B’Shvat, - the New Year for Trees. Aside for writing cards to the trees in our yards (or, if you live in Brooklyn, mailing a birthday card to your favorite tree in the Catskills…), it’s also a day to reflect upon the symbolic connection between mankind and trees.

As we are all aware, for a tree to be healthy, the most basic component is for it to have strong and healthy roots that reach deep in the ground. A tree which seems robust and vibrant to us, may actually be sickly and weak, if beneath the ground its roots are feeble.

In addition, the winter is yet raging around us, and yet we are beginning to celebrate the imminence of spring. It’s not merely what we see and even feel that matters, but what is going on beyond what the human eye can perceive.

So often what we see in front of us belies the depth beneath. So often there is much more energy there waiting to explode if we just stay the course and not give up, and not allow ourselves to become complacent. It’s a great reminder not to judge a book by its cover, a house by its siding, wine by its bottle, or a Falcon by its Patriot.