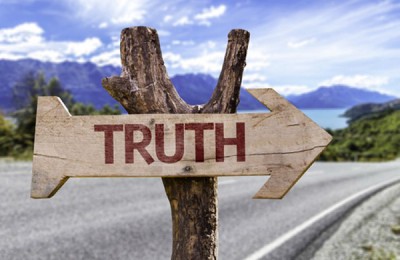 One of the most well-known aspects of Yom Kippur is the moving service ‘Kol Nidrei’, with which we begin the Holy day.  The commentaries point out that, in truth, ‘Kol Nidrei’ is not a prayer at all, rather it is an annulment of vows.  This annulment could have been enacted at any point in time.  What is the reason that we annul our vows davke at the beginning of Yom Kippur?

It seems that Chazal are alluding to us a very significant lesson.  Yom Kippur is the day when one is supposed to undergo an intense process of self-analysis.  He admits his mistakes and undertakes to rectify them in the future.  In order to do this effectively, a person must strive to be brutally honest with himself and avoid the standard self-deceit that often cause people to stray from what they know to be the truth.  In Kol Nidrei, a person stresses his concern with avoiding dishonesty through careless vows.  In doing so, he implicitly acknowledges the importance of honesty and the detrimental nature of self-deceit.  Accordingly, it is very appropriate to begin the day of teshuva by reminding oneself of the importance of being honest with Hashem and with oneself.

There are numerous sources in Chazal that demonstrate that being dishonest with oneself is the cause of aveiros and terrible life decisions.  A striking example of this phenomena is that of Lot.  He made a decision to leave Avraham Avinu to live in the evil city of Sodom.  Why did he decide to go there?  The Torah states that it was based on financial factors - he saw that the land of Sodom was a fitting place for his crops.  However, Rashi brings Chazal who say that the real reason why he went was because Sodom was an immoral place, and he wanted to satisfy his desire for znus (immorality) there.  The question arises that if Chazal say that his real reason was znus, then why did the Torah say that he came for financial reasons?!  The answer is that, on the surface, Lot went for the sake of his livelihood, however, the deeper, and decisive reason was znus.  The Torah gives us the external reason; therefore it is revealed in the Torah.  Chazal reveal the hidden reason, which is accordingly hidden in Torah shebaal peh (the oral Torah).  My Rebbe, Rav Yitzchak Berkovits shlita points out that even Lot himself believed that he was going to Sodom for the money.  He even tricked himself as to the ultimate cause in this disastrous move.  This is a prime example of how the yetser hara can deceive a person as to his motivations, thereby causing him to sin.

Another example of this is that of Shaul HaMelech.  Shmuel Hanavi informs Shaul that Hashem wants him to wipe out the whole nation of Amalek.  After defeating them in battle, Shaul inexplicably leaves the Amaleki King Agag and some animals alive.  This seems to be an obvious deviation from the word of Hashem, and yet when Shaul meets Shmuel he proudly tells him that he has fulfilled the word of Hashem.   He did not even realize that he had clearly transgressed the word of Hashem and committed a terrible sin.  He tricked himself into believing that he had in fact done what Hashem asked of him.

These incidents demonstrate the power of the yetser hara to cause us to lie to ourselves.  Indeed, it seems that all the major sins recorded in the Torah came about as a result of people deceiving themselves as to the true reason for their motivations.  This is the case with regard the very first sin, that of Adam HaRishon. The sefarim write that he reasoned that he would attain a  higher level of free will by eating from the fruit.  However, deep down, his motivation was to gain some independence from Hashem.

Self-deceit can cause us to think that we don’t need to do teshuva in certain areas.  There was a man who lived in the time of the Rambam.  He told the Rambam that he was certain that he never committed these sins, and therefore saying the vidui constituted a lie.  The Rambam answered him that there are many levels of transgression of each sin and that on a certain level he in fact committed all the sins in the vidui.  Moreover, the Rambam told him that his very claim that he had not transgressed anything in the vidui was a sin in and of itself.  It seems ironic that this man had worried that he was lying by saying the vidui, whereas, in truth he was deceiving himself by believing that he did not need to say it!

It is quite conceivable that a person live his life oblivious of his shortcomings.  He may blame all his problems on other people or circumstances, anything but his own flaws.  The experience of Yom Kippur forces him to face the truth.  May we all merit to genuinely return to Hashem.