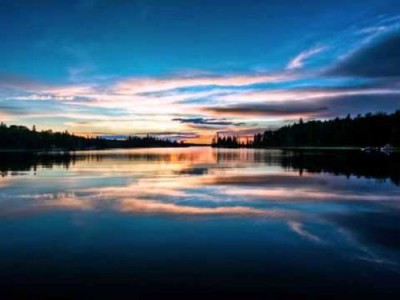 “And HASHEM said to Moshe, “Descend, warn the people, lest they break through to HASHEM to see, and a multitude of them will fall.’”

The moment in history

The entire nation – every man, woman and child – was gathered at the foot of Har Sinai for what was to be the greatest revelation in the annals of history. HASHEM’s voice was about to be heard.

In addition to the transmission of the Torah, the event would forever carve into human awareness the understanding that HASHEM is the Creator. Never before or since has a generation reached that level of understanding. Chazal say that the heavens and earth were opened to the Jewish people, and everyone there reached the level of prophecy.

However, there were limitations; the people could only go so far. There is only so much that a human can withstand and not go into sensory overload. Therefore, HASHEM told Moshe, “Warn them that whoever will touch the mountain will die.” Moshe was to ascend alone. The rest of the nation had to remain below.

Yet directly before the receiving of the Torah, HASHEM told Moshe to go down and warn the people a second time not to go up the mountain. Rashi explains why HASHEM repeated the warning: “Because of their deep desire to see HASHEM, they might ascend the mountain.” Even though they were warned previously, and even though they knew that going up would spell their death, they might still go up because of a powerful craving to be close to HASHEM.

They were already warned

This Rashi seems difficult to understand. If HASHEM told them not go up, and it was explained that the penalty for doing so would be death, wouldn’t that be enough to stop them from violating HASHEM’s command?

What makes this question particularly troubling is that this generation understood the gravity of their actions. They lived through the makkos and then kriyas Yam Suf. They saw the glory and power of HASHEM. At that moment, they were privy to a level of understanding that few humans have ever achieved, which means that they not only understood that HASHEM didn’t want them going up to the actual mountain, they also understood that if they did, they would surely die.

As a parallel, imagine we were to meet a man with an extraordinary desire for money. Nothing stops him. He’ll steal, cheat, lie, swindle — anything to make his fortune. But even he won’t be tempted to break into Fort Knox. The armed guards standing there with their machine guns poised are so threatening, and the danger is so real, that despite his great desire for money, the certainty of his death would prevent him from even thinking of breaking in.

So too, the generation at Sinai fully understood the consequences of moving forward. How would it be possible that they would still be tempted to go up the mountain?

The answer to this question seems to be based on a fundamental understanding of man.

To make man, HASHEM took opposites entities and molded them into one. Within me is a part with deep-set needs to do that which is noble and proper — and within me is a part that just doesn’t care. The part of me that only wants that which is good is made up of pure intelligence — sechel. The part of me that doesn’t care about anything other than my own needs is made up of base instincts and desires — the Nefesh Ha’Bahami.

My sechel clearly recognizes HASHEM as the source of everything and only wishes to be close to my Creator. It actually hungers to be close to HASHEM and pulls me that way. My Nefesh Ha’Bahami can’t recognize or understand anything other than drives and desires, hungers and appetites. It can’t see HASHEM, nor does it care to.

The reason that I have such conflicting desires, interests, goals, and passions is that these two parts of me, these complete opposites, are each battling for primacy over me. So I deeply crave being close to HASHEM and I also just don’t care. Same me, just different elements coming to the surface.

Taivah to be close to HASHEM

The role of mitzvos

The reason that we find serving HASHEM difficult, and the reason we find experiencing HASHEM’s presence elusive, is because of the layers and layers of desires, instincts, and passions that cover up and block our nishoma’s receptivity. It’s almost like putting a fine radio receiver into a concrete bomb shelter. The radio waves are in the air, but the tons of concrete will block them.

The way that a person increases his spiritual receptivity is by keeping and learning the Torah, the ultimate system of self-perfection. All of the mitzvos strengthen my nishoma and help to break the hold the Nefesh Ha’Bahami has over me. The more a person is involved in learning Torah and doing mitzvos, the stronger the nishoma becomes, and the easier it is for him to experience HASHEM.

The Klal Yisroel had a taivah to be close to HASHEM

The answer to the question on Rashi seems to be that when the Jewish people were standing at the base of Har Sinai, they reached unprecedented levels of spirituality. Their outside casing had very little influence on them. Their pure nishomas came to the fore. In that state, man is irresistibly drawn to his Creator — pulled, mesmerized. Consequences don’t matter; results are irrelevant. The human needs to be close to HASHEM.

HASHEM was warning Moshe of the inherent danger. Since they were going to see HASHEM so clearly, they would also feel an almost unstoppable urge for closeness to Him. That pull could be so strong that some individuals might go beyond the limit. Even though they were aware of the risk to their lives, it wouldn’t stop them because of their insatiable desire to be close to HASHEM. And so, HASHEM told Moshe, “Warn them again.”

In our world – learning to experience HASHEM

There is a very real lesson for us in this. From time to time, we may find it difficult to daven properly, or it may be hard to feel the spirituality of Shabbos. These difficulties are the natural consequence of our physical side. If we aren’t constantly learning and growing in ruchniyus, the physical part of us will become stronger, making it ever more difficult to experience HASHEM’s presence.

However, we are also pure sechel. There is a part of each of us that deeply craves speaking to our Creator. There is a component in us that hungers for spiritual growth. By learning Torah and doing mitzvos with fervor and energy, I bring that part to the fore until it becomes stronger, and my physical side becomes weaker. That is how I grow. But not only do I grow, I grow in my desire to be more spiritual, to learn more, to daven with more kavanah. It begins an upward spiral. By putting this process into practice, a person can continue to grow throughout life, reaching higher levels and thereby fulfilling the reason he was put on this planet — to perfect himself and to enjoy that level of perfection for eternity.