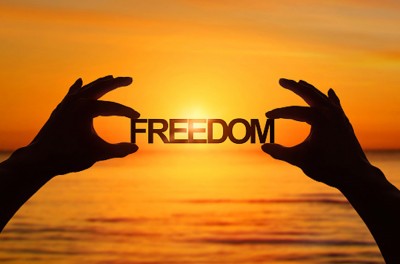 Kristallnacht, or the Night of Broken Glass, describes the scene of shattered glass that blanketed the streets as the windows of Jewish-owned homes, buildings, stores and shuls were broken to pieces that infamous night in history. It marked the beginning of the Holocaust and the Final Solution.  Mobs ran through the streets looting and vandalizing homes, and all the holy books and Torah Scrolls and holy objects were burned in huge bonfires.

Although it is difficult to comprehend the rationale of sinas chinam (baseless hatred), the senseless and brutish destruction of books and objects is even more unfathomable. Yet, within the context of our Sages we can perhaps extrapolate some sort of rationalization. Rashi tells us, “it is a law that Eisav hates Yaakov,” and so we have unfortunately observed throughout the generations.

A couple on assignment at the UN had approached me to present a lecture on Judaism to personnel affiliated with the United Nations. As my schedule was very busy, I promised to call them back with a decision on the most convenient date.

A day later, when the phone rang in my office, I was surprised to hear one of the partners on the other end.  The young man quickly reassured me that he was not calling to pin me down on a date; rather, he said, he needed to meet with me as soon as possible on another pressing matter.

The young man came over that evening, after work, and agitatedly related the following:

“This morning, one of the custodians who works in the building politely knocked on my office door and requested a moment of my time.  I noticed that he was cradling a tightly wrapped package which he did not put out of his hands even after he sat down in the chair on the other side of my desk. The maintenance worker explained that he had been working at the UN for many years, but only recently had he begun to entertain the possibility of sharing his tale with me.

“The custodian recounted that as he made his rounds one evening, cleaning and dusting, polishing the furniture and emptying trash cans after all the office staff had vacated the building, he made an unusual discovery. As he mindlessly emptied the trash cans, he thought he saw something unusual fall into the cart. He reached in and pulled out a large book with a beautiful silver cover. He could not imagine how this seemingly valuable volume had ended up in the garbage, and so he set it aside.

“Later, when he leafed through the pages, he realized that the writing appeared to be in the Hebrew language, but he had no idea who had thrown it out or why. There did seem to be an inscription on the inside page, so the janitor embarked on some further investigation. Finally, with the assistance of a friend, he learned that the coffee-table edition of the Haggadah had been presented by the Government of Israel to the Secretary General of the United Nations, Kurt Josef Waldheim.

“Apparently, after the formal ceremony at which the Secretary General was presented with this beautiful Haggadah, Mr. Waldheim carried it out and duly deposited it in the nearest trash can.”

This UN leader was a rabid anti-Semite whose treachery only came to light after his tenure as Secretary General. Shortly after the German annexation of Austria in 1938, the young Waldheim became a member of the Nazi Party.  Although it was never proved with certainty that Waldheim personally participated in any war crimes during World War II, he did serve as an intelligence officer in Wehrmacht units that deported thousands of Greek Jews to death camps and executed thousands of partisans and civilians in the Balkans between 1942 and 1944.

In his autobiography Waldheim claimed that he was discharged from service at the front after an injury in late 1941, but witnesses and documents have revealed that his military service continued until the end of the war.

Repulsed by the dishonor that had been effected, but unsure of the loyalties of the people he served, the custodian had guarded the volume these many years.

“Now,” concluded the young man, “when this maintenance worker felt he could trust me, he felt he could confide in me and brought me the Haggadah. However,” he said, “I wish to give it to you, Rabbi Goldwasser, to treasure, to cherish and to preserve.”

On the front of the cover, the words “mei’avdus l’cheirus” – from servitude to freedom – are etched in large letters. These words are a fundamental tenet of The Jewish People›s existence throughout the generations. It embodies the concept of geulah (redemption) – either on a personal level, or the redemption of our people as a nation.

Rabbi Avigdor Miller wonders: Amidst the severe oppression and harsh servitude in Egypt, who would have ever contemplated the possibility that Pharaoh would allow the Jews to leave? Yet, when the time came, Pharaoh arose in the middle of the night and shouted, “Go out from among my people!” In one moment, we had catapulted from servitude to freedom.

The Talmud states (Sanhedrin 97a), “Three things come when the mind is diverted: The Messiah, a found article, and a scorpion.” Our Sages explain this to mean that they appear suddenly, swiftly and unexpectedly.

Indeed, our redemption from the servitude in Egypt was swift.

May it be the will of Hashem that this is the year we experience the quintessential redemption.