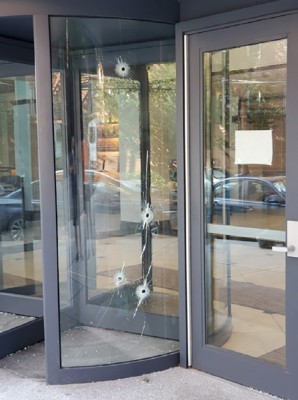 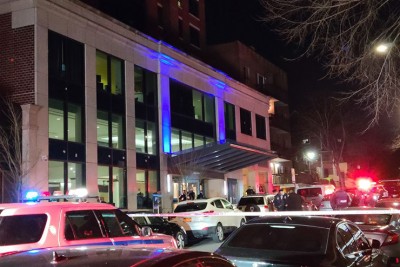 2021 was set to bring in wonderful change and optimism, but for residents of Kew Gardens, New Years was fraught with more of the same violence that has disturbed the peace of the neighborhood over the last number of months, when a triple shooting took place at the Umbrella Hotel on Queens Boulevard, leaving one dead. The homicide was the first for the City in 2021. In the most ironic of realities, other vile acts of crimes, including sex trafficking, prostitution, and drug dealing, continue directly across the street from the Queens Criminal Courthouse and detention center, as well, and Queens Borough Hall at Queens Boulevard and 82nd Avenue.

It wouldn’t harm us in the slightest to give the decision to close the Umbrella Hotel on Queens Boulevard, and the person who is responsible for it, the recognition he deserves. In other words: Mayor Bill de Blasio deserves a kind word, and the sky won’t fall as a result. No one will become a de Blasio-lover simply for praising a particular act of the Mayor, and no criticism of de Blasio would be fair and valid if its source doesn’t have the courage to also commend him when it’s appropriate. Yes, it takes a fair amount of guts for anyone in the anti-de Blasio camp to put in a good word – even a half word – for de Blasio. That side is no less savage than the “de Blasio” side.

Earlier Monday, Mayor de Blasio announced that he instructed his staff to begin proceedings to shut down the Umbrella Hotel, located at 124-18 Queens Blvd. “The Mayor’s response comes on the heels of a preventable murder and triple shooting on New Year’s Day, but this solution should have come much sooner,” said local Assemblymember Daniel Rosenthal and Council Member Karen Koslowitz who represent the section of Kew Gardens in question. “For months, we joined the community, colleagues, and law enforcement in drawing attention to the untenable situation at the Umbrella Hotel, which included a litany of crimes including various shootings, underage prostitution, and illicit drug sales. While the mayor has taken the first steps towards a solution, we must continue to stay vigilant and hold him accountable until the hotel is shut down. We will continue to work with our colleagues Congresswoman Meng, Senator Comrie, and Assemblymember Hevesi who have been strong allies of the Kew Gardens community throughout this months-long ordeal.” Twenty-year-old Robert Williams died from gunshot wounds outside the hotel that fateful night.

We can’t blame de Blasio for all of New York’s ills – correctly, most of the time – and then ignore his contribution when something works. Everyone knows the arguments of the naysayers-at-any-cost: The only thing de Blasio cares about is evading his one-to-one conversation with the Jewish community. He doesn’t care about the City, including the vaccines; it’s all PR. The vaccines that Trump brought to New York are better than anyone could have hoped. On second thought, the pandemic landed in Queens, as on the entire world, without anyone being ready for it. Less than a year later and the end is in sight, in New York no less than in any other state. The virus has caused enormous loss here, of both life and property. Many mistakes were made, decisions that were so senseless as to be embarrassing, and sensible decisions that were not enforced – and despite it all, the vaccines are already here, and there is light on the horizon.

The hotel’s closure can easily be linked to the pandemic that raged through Queens. In March, its vacancy rate soared, and its typical clientele – those attending nearby court hearings and New York City tourists – were gone. Room prices suddenly dropped in April and indigents began taking advantage of the cheaper room rates, often taking multiple rooms and throwing large parties during the heat of the pandemic. Since the summer, the 102 Police Precinct had a patrol agent stationed at the hotel nearly 24/7, in an attempt to keep the violence at bay.

Alan C., a Kew Gardens resident who attended a summer party at the venue, told the Queens Jewish Link, “My friend rented six rooms below motel room prices. With the night life scene dead, we needed to find a solution of our own. The hotel became our unofficial nightclub,” Alan explained. “I was not present on the August night when the revolving door was left bullet-ridden, but it certainly does not surprise me.”

In late November, Mayor de Blasio’s office approved a Multi-Agency Response to Community Hotspots (MARCH) operation, bringing in the NYPD, FDNY, DEP, DOB, and the Sheriff’s Office. In turn, 13 violations were handed down and a second inspection found a faulty fire alarm system and broken pumps. These violations were followed with two criminal summonses.

As the violence persisted, the anger and rage had been heard by local elected leaders and demands had been made for City Hall to react more strongly. In the end, the death and chaos that ensued on January 1 was avoidable.

“I applaud Mayor de Blasio calling for the hotel’s closure and instructing his team to take these steps in his Monday press conference. The legal powers exist to take the steps necessary to bring closure to this disreputable hotel. I agree with the mayor that ‘It’s been a blight on the community and should not be that going forward’ and moreover I have a viable solution,” said Avi Cyperstein, City Council Candidate hoping to replace Koslowitz when she retires.

Cyperstein has been a strong advocate to focus on bringing down crime and has been at the forefront of support for the NYPD. “The triple-shooting, one of the first acts of gun violence of the New Year, is a sign that we must remain laser focused on enhancing quality of life in District 29,” noted Cyperstein. “The noncompliance of hotel ownership is beyond alarming. I propose using the spacious hotel for the betterment and benefit of the community. “Now that the Mayor has called for the closure of the Umbrella Hotel, I would like to suggest that the city have a discussion and negotiation with the ownership to explore opportunities to make this location available for senior or affordable housing,” explained Cyperstein. “It is time we help our community and change an eye sore into a beacon of hope and comfort for Queens Boulevard.”

Cyperstein stands for stopping the defunding of senior services and bringing money back into senior programming, a bloc that has been tremendously hurt by the effects of COVID-19. “Today’s seniors worked tirelessly to build our wonderful city. It’s time to ensure that they get appropriate funding,” added Cyperstein.

Queens Borough President Donovan Richards said in a statement that the shooting “was a sad and troubling way to start the New Year.” Richards took to Twitter to acknowledge the mayor’s decision to close the hotel, “Good call by Mayor de Blasio, but something that should have been done a long time ago.”