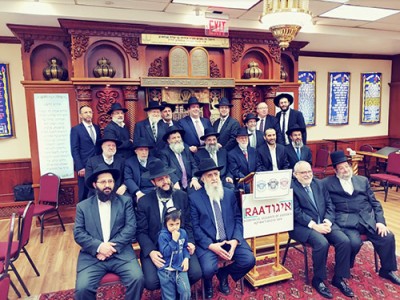 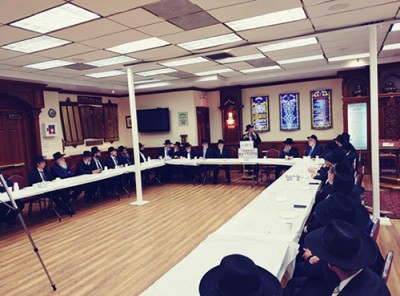 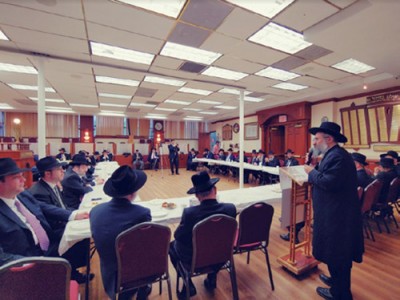 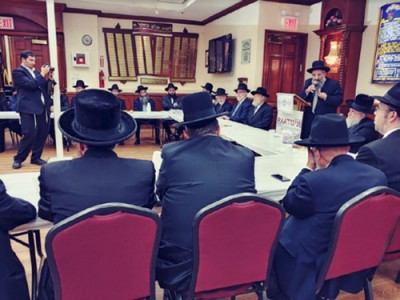 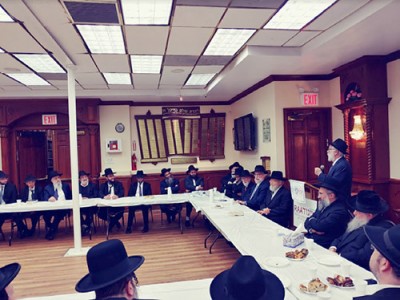 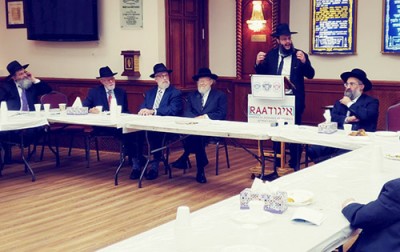 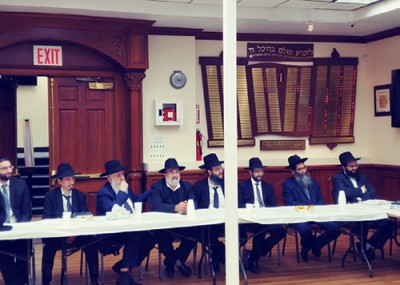 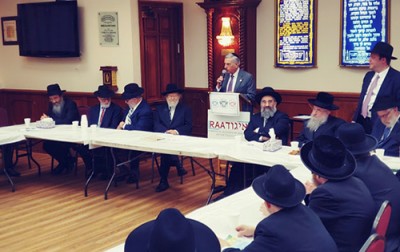 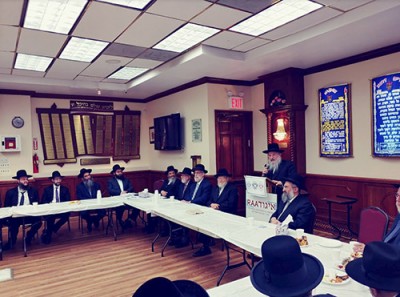 There is no blessing like peace, and there can be no peace without unity. On a recent Sunday afternoon, The Chief Bukharian Rabbinate of USA and Canada were joined by the Rabbinical Alliance of America for an informative meeting at the Beth Gavriel Bukharian Jewish Center in Forest Hills. The meeting highlighted the issues and also the great development in the past decade of Bukharian Jewry. The notable gathering also celebrated the splendorous crown of Torah wisdom on full display with over 80 esteemed Rabbanim in attendance throughout the nearly three hour event.

At the forefront of discussion was the public school crisis in Queens where thousands of Bukharian children do not receive a Jewish education. The Chazaq Organization was recognized for its tremendous efforts in bringing about a revolution in their efforts of reaching out to the students and they were blessed by all those in attendance to succeed further.

Shiurim were given by many of the Rabbanim in attendance, including the Chief Rabbi of the Bukharian community in the USA and Canada, Harav Yitzchak Yisraeli who discussed the impact of Torah study as it relates to the upcoming holiday of Shavuot.  Harav Noach Isaac Oelbaum, a leading rabbi and halachic authority in the Queens community also shared words of wisdom, as did numerous Rabbanim of the Rabbinical Alliance of America.

The rabbinic audience was also addressed by State Assemblyman David Weprin and City Councilman Kalman Yeger with gratitude for support and guidance. Rabbi Yerucham Silber of the Agudath Israel organization then explained the latest developments in Albany regarding State sanction for assisted suicide, which serves as a grave concern to the Jewish community. He stressed that the Jewish community’s elderly population is particularly susceptible to pressure to end the divine gift of life.

The leaders of the Bukharian community and the Rabbinical Alliance of America resolved to work together for the common goal of furthering Torah education for all.