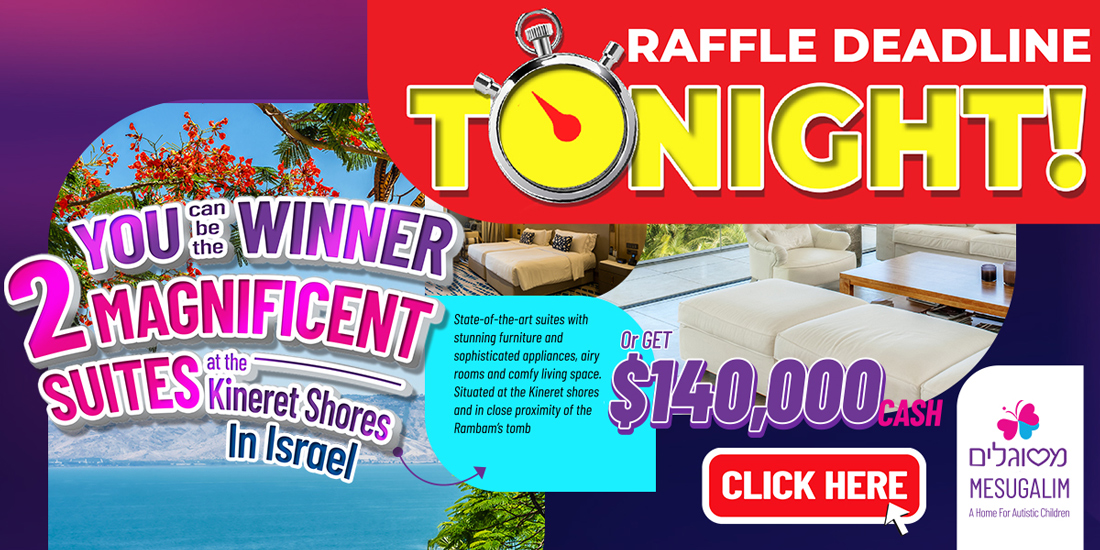 Dear members of the Bukharian Community,

As one that has had the merit in dealing with many youth over the past two decades, I would like to discuss some very important matters that must be taken seriously in order to preserve the continuity of our beautiful traditions. I encourage everyone to read what is written here objectively and to take these matters to heart before rushing to judgement, for everything being stated here is in accordance to Torah law, as detailed in the works of halachic literature dating back over 2000 years.

As is well known, many of our families arrived from the former Soviet Union with nearly nothing but the clothes on their back. Baruch Hashem, after much perseverance, our community has grown tremendously with young professionals thriving in every field. Indeed, we have been blessed with the opportunity to live the American dream and many have taken advantage of this blessing.

With this being said, it is also well known that in parts of the old country we were forbidden to practice our beautiful heritage. We had to pray and don our tefillin secretly so that the authorities would not find out. We performed Brit Milah’s in small gatherings. Children were quietly taught the Alef-Bet so that they may read a small portion of their Bar Mitzvah Parsha. “Yeshuvos” were conducted with a festive meal so that the authorities wouldn’t realize the true purpose of the gathering was to have a Rabbi deliver Divrei Torah to the masses. It wasn’t easy, but we fought to preserve as much of our traditions as we can.

And now, Baruch Hashem, the United States of America has granted us all the freedoms, including freedom of religion. We have indeed seen a great wave of people fully returning to their Torah roots while others continue to grow at their own pace.

But with everyone’s religious observance being at different levels, I believe there are certain boundaries that must be preserved as a community and are simply unacceptable to be breached regardless of one’s level of observance. There are quite a few matters I would like to discuss, but for this article I will focus on 4 important matters which I encourage the community to unite in accepting together.

A. Kabbalah for our youth

There is a growing number of young community members seeking spiritual growth and many are joining classes of certain “kabbalists” that are falsely teaching that the Torah is all about “spirituality” and observance of mitzvot is no longer necessary. According to their twisted views, the mitzvah of tefillin is no longer applicable, nor do you need to eat matzah on Pesach, nor perform any other mitzvah. Rather, “meditation” and “spiritual” connection to G-d is sufficient. I hereby warn everyone that this form of Judaism is heresy, and everyone must distance one’s family from such an atmosphere.

Young adults who are seeking a proper Torah approach to spirituality are encouraged to contact EMET outreach for a full schedule of their community wide programs or to visit Torahanytime.com, aish.com and other such websites where video, audio and written material are readily available for absolutely free.

B. Sanctity of our Synagouges

A Synagogue is one of the holiest sites the Jewish people have. It is where we have daily prayers, read the Torah, perform our brit milah’s, have Bar Mitzvahs, celebrate the Shabbat Chattan for newlyweds, and ultimately mourn and recite kaddish for those who have passed on. The Synagogue has tremendous holiness that we must respect regardless of our personal religious observance.

As such, several years ago, all the Rabbinical leaders of the Bukharian community publicized a letter notifying the community of the grave sin in having mixed dancing in a Synagogue setting. Indeed, what one decides to do in their own homes is part of the free-will G-d has granted us. But in a Synagogue, which is the House of G-d, we must all follow the rules even if we personally don’t understand or agree to it.

Therefore, even if some local Synagogues are willingly or unwillingly turning a blind eye to this matter, their inaction does not make it permissible. We as a community must work together with the Synagogues to assure this matter is taken seriously so that the sanctity of our Synagogues is not desecrated.

Furthermore, a claim made by some individuals that they found a solution to the problem by removing the Sefer Torah from the Holy ark, is absolutely unacceptable.

In order to put an end to the misinformation that is being spread, several prominent Rabbis were asked to express what the halacha is on this matter. In a written response by the Chief Rabbi of Israel, Rav Yitzchak Yosef writes emphatically that we must stand guard and forbid mixed dancing in a Synagogue setting even if people don’t understand the severity of the matter. He adds that removing the Sefer Torah does not lower the sanctity of the Synagogue and these leniencies are not to be relied upon under any circumstances. A similar letter was written and signed by Rav David Yosef, member of the Council of Torah Sages and head of the prominent Kollel Yechave Da’at in Jerusalem.

This matter is of great importance for a number of reasons, but especially so that we teach our children that a Synagogue is not like any restaurant or local bar. It is a place of great sanctity and regardless of our level of religious observance we must work together in preserving that sanctity at all costs.

The education of our children is the most important aspect of parenthood and the biggest responsibility of a community. We all want to assure our children are given the best Jewish and secular education that will give them the proper tools to succeed in today’s challenging times.

As such, for many decades, the Bukharian community has benefited and continue to benefit greatly from organizations such as JEP and “Release time” who provide our children that attend public schools, a strong foundation in Judaism via their afterschool programs. Indeed, since founding CHAZAQ in 2006, we too have proudly organized afterschool programs that have inspired thousands of local youth and helped them achieve greater heights in all areas of life.

A turning point in our work was in the year 2017, where with the guidance of dozens of prominent Rabbanim, including our late Rosh Yeshiva, Harav Ahron Walkin Zt”l, the Chief Rabbi of the Bukharian community HaRav Yitzchak Yisraeli, and the renowned Posek, Harav Noach Isaac Oelboum, we started a lifechanging campaign known as “No child left behind- Every Jewish child deserves a Jewish education!”

As part of the campaign, we expanded our afterschool programs for children and teenagers throughout New York and started a new Public School to Yeshiva Division, with the goal of guiding and educating our community about the importance of a Jewish education.

Thank G-d, since then, aside for the thousands of kids that were touched and inspired by our afterschool programs, we have helped guide 994 public school students transfer to Yeshivas!

And now, as the Chag of Pesach has come to a close, we are once again looking to expand our lifechanging operations.

However, as we begin several new endeavors, we would like to once again stress something that we have consistently been stressing for well over a decade. A proper and halachically acceptable Jewish education is defined by a Yeshiva that teaches exclusively based on orthodox standards of Judaism. Anything short of that is not considered a proper Jewish education and is considered Kefirah, as has been written by leading Torah authorities over the past two centuries (See the numerous teshuvot from the famed Posek and Gadol Hador, Rav Moshe Feinstein zt”l).

While many in our community innocently don’t understand the difference between orthodox Judaism and the many other denominations of Judaism, I make it clear that the difference is like that of day and night. Our Bukharian community has never “permitted” eating non-kosher food nor “permitted” various forms of forbidden relationships, which other denominations of Judaism have unfortunately permitted by brazenly destroying the foundations of our traditions (“in the name of the Torah”). We must educate our children that the Torah is the holiest text we have, and it may not be changed in any way, shape or form. Thus, even if one is currently not at the level of observing the Torah, we must realize the rules don’t change.

We therefore once again stress that one should send their children only to Yeshivas which educate based on orthodox standards. Any institution that was previously non-orthodox and is on the verge of changing is still not acceptable until the changes are fully completed and is approved in a handwritten letter by leading Halachic authorities.

Furthermore, even if your family is not fully observant, there are many Kiruv Yeshivas that are run according to proper Orthodox standards in a pressure free environment that help the students (and their families) grow at their own pace. But the key thing is that these Yeshivot do not compromise any of the traditions we have followed and cherished for thousands of years. This matter must be taken seriously by the community as a whole in order to prevent major halachic issues in the future.

Everyone loves to have a good time with family and friends. But we must realize that assimilation is on the rise in the United States and our community is not immune to it. So many members of our community have married outside the faith, not realizing the eternal effects it has on one’s soul and Jewish identity.

As such, we Baruch Hashem have more than enough holidays to celebrate within the Jewish faith and there is no reason for our community to organize and promote “Silvester” parties, and the like, even if there is a Kosher food certification for such an event. The atmosphere and purpose of these parties are not conducive to preserving our traditions but rather they bring about major problems in the future. Although in the past, some of our community members have organized these events, it is absolutely forbidden to do so in accordance with halacha. In a letter written by Rav David Yosef, he stresses that we must stop this terrible trend and must rebuke those who organize such events even if they have “good intentions” since they are causing irreversible damage to the future of our community……….

In conclusion, some people may not understand the severity of all that was discussed above, and they are not to be blamed for that. We are all trying to grow in our understanding of Judaism. In fact, in order to assist in educating the broader public, we are in the process of producing a powerful and high quality video that discusses all the above matters from a proper Halachic lens thereby furthering your understanding on these very important topics.

We once again extend our hand to offer your children our fun and educational afterschool programming together with guidance in placing your children in Yeshiva. If you would like to join our programs in person or via zoom, or if you have any questions or comments, please feel free to reach out to us and be’ezrat Hashem we will be happy to guide you and your family to the best of our capabilities.

With blessings of continued health and success,