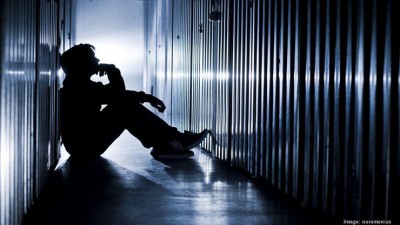 As we start Sefer Shemot, we revisit the epic history of our ancestors in the Egyptian Exile. The question begs, “Why do we need to read about this every year?” The Torah is not just a history book. It is a guide to living our life on the highest level. We must understand the major lesson in the grand story of the Exodus.

In our current situation, we can all relate to the pain of the Jewish people in the Egyptian bondage. Perhaps the lesson we can glean from their story is how to bring about our own redemption. To fully accomplish this, we must understand how the exile in their times applies to us as well. A major shift in fully comprehending the true nature of the Egyptian exile begins when we understand that the exile was not just a physical exile, rather a spiritual one. At an earlier point in history, Man had a great connection with Hashem. Awareness and knowledge of Hashem was clear and common. Over the years, from the time of Adam HaRishon (first person who was sent into exile) until the last of the sons of Yaakov Avinu died, the awareness of Hashem had dwindled. Seeing meaning in life and suffering became more and more difficult. Man began becoming spiritually distant from Hashem. This spiritual “exile” from Hashem, as it intensified, began to appear as a physical exile as well. Rabbi Nachman of Breslov zt”l explains that if a person cannot overcome his pain by realizing it has meaning and purpose, then that person takes the pain the wrong way and begins creating a void in his soul. As a person tries to escape from his pain, he ends up burying it deeper inside. Sometimes it can cause a person to become angry with Hashem God forbid. Many times, a person tries to fill the void with pleasures and riches, to no avail. The person remains unhappy. This is a person whose whole life begins to lose meaning. Rabbi Nachman writes that this is considered an experience of gehenom in this world. To get out of this experience, a person must have awareness of Hashem. An awareness that everything has meaning and purpose, even if it is not clear at the moment. This gives a person strength and hope to continue the constant battle of life.

The Jewish people in the Egyptian exile went deeper and deeper into this spiritual and physical exile. Their awareness of Hashem became weaker and weaker. Many did not even realize the extent of their descent and situation. The Midrash relates that the only Jewish identity that the Jews in Egypt held onto was their names, clothes, and language – they held onto their tradition just barely. They were almost at the 50th level of impurity, known as despair. The Midrash relates that initially Pharaoh convinced the Jews to work for him as paid workers. This was just an illusion which segued into full-on bondage.

Rabbi Nachman explains that we are going through the same exile. Each person must break free from their own “slavery.” Each person has a setback or obstacle that is causing them suffering. This difficulty is tying the person down and preventing them from fully being themselves. The inability to have awareness of Hashem in regard to this complication is a form of exile. Without the proper awareness of Hashem, we begin to become a slave to our agony. We cannot function properly any longer and we lose much of our energy and life-force to this mishandled pain. Then, we encounter our “Pharaoh” who suggests to us other things to expel the pain. We chase the illusions of prestige, money, power, pleasure, and intellectual advancements. These notions are important but are just a small part of our great spiritual mission – our life. People can lose their focus in the “rat-race” to chase these goals. In the end, it does not satisfy us, and we realize it was all an illusion.

The Jewish people’s redemption began when they cried out to Hashem (Shemot 14:10). They realized that their trials and tribulations are from Hashem and they can only truly be redeemed by Him. The physical exile began to end when the spiritual exile of man, from Hashem, began to finish.

Exile is extremely tough, with a searing pain that appears to never end. The hope comes from seeing how our ancestors overcame and us realizing that we too can overcome. The suffering of the exile does have purpose, rather it is for us to realize that it is unbearable without raising our awareness of Hashem and closing the gap that originally created the exile. Let us come together and raise our Emunah (faith). We will overcome our pain and the illusions as there is no such concept to give up. May we merit the coming of the Mashiach very soon in our days, Amen.