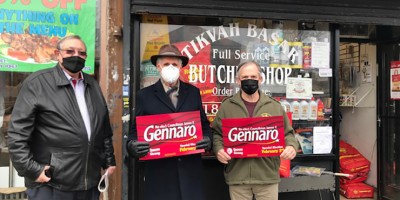 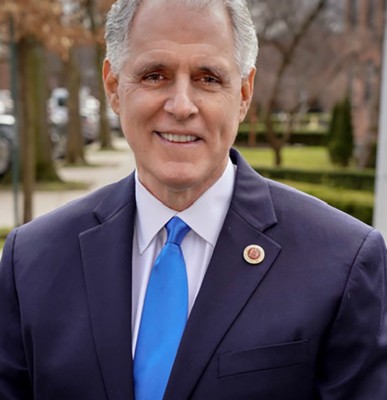 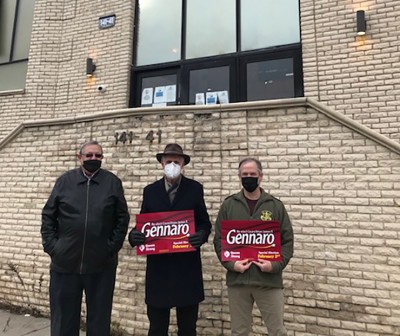 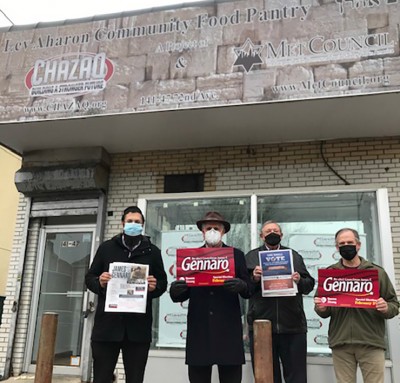 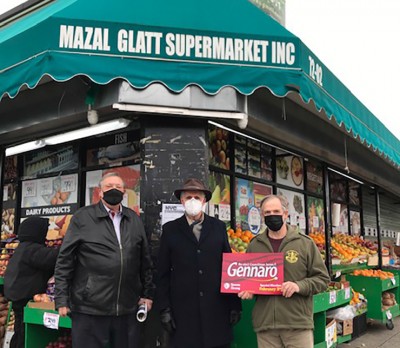 James F. Gennaro is running for City Council because he believes his crisis management experience is needed in managing the COVID crisis, his budget experience is needed to help see the City through its second COVID budget, and his practical, common sense approach to governing is sorely needed when the prevailing political climate seems to favor political philosophy over much-needed practical and fair results-oriented government. Governing, he believes, is an action verb – it is about doing, it is about achieving, not merely discussing. No one in New York City has his depth of experience and legislative achievement with the Council, and no candidate in this race has his proven record of service to the residents of the 24th District. His proven record of accomplishment and experience is the difference. James Gennaro is the former City Council Member for District 24, a seat he held for 12 successful years. Gennaro is once again seeking to lead our community in this very seat, recently vacated by Rory Lancman.

Gennaro’s campaign for New York City Council was endorsed by State Senator Joseph P. Addabbo Jr., a former colleague of Gennaro’s in the City Council. Addabbo expressed confidence in Jim’s ability to deliver for the people of the 24th Council District as well as the City at large, based on Jim’s previous experience as Council Member and his prodigious record of accomplishments while serving in the Council.

Of the endorsement, James F. Gennaro said, “I am very honored to have Sen. Addabbo’s endorsement. Joe is a relentless fighter for his constituents and has a great record of accomplishment in the State Senate and also from his years on the City Council. For years, Joe and I worked very well together to get so much done for our constituents, and I’m thrilled that he wants to partner with me once again to deliver for the working families in my community.”

Shimi Pelman, a familiar face to the community, built a career caring for those confined to nursing homes. With his brilliant business acumen, Pelman is a pioneer and innovator in healthcare administration and has many decades of experience in New York City residential healthcare facilities. In 1979, Pelman began to dedicate his time to Tomchei Shabbos of Queens, delivering meals to the needy, and now sits as its president. Pelman is well-versed in the political arena, as the male Queens County Democratic District Leader for the 27th Assembly District and a Community Board 8 member.

“Through my various roles, I have watched James support the Jewish causes dear to our community,” explained Pelman to the Bukharian Jewish Link. “For 12 years, Jim was a stellar representative advocating for our needs in the City Council and throughout New York City.”

Gennaro is a former Democratic member of the New York City Council, where he chaired the Environmental Protection Committee. Jim served from 2002 to 2013. Although most closely associated with environmental lawmaking, in 2013 Gennaro authored and passed a law that raises the age of sale of tobacco products and e-cigarettes to 21, known as the “Tobacco 21” law, the first-in-the-nation law of its kind. Since then, the Tobacco 21 movement has been adopted as national policy. A recent issue of the New England Journal of Medicine states that the Tobacco 21 movement has saved “countless lives” across the United States.

Senator Addabbo said “Jim is a good friend and colleague of mine, but much more important, Jim has the experience the City needs in this time of tumult. I witnessed Jim’s ability to turn his credible ideas into law and policy, when he authored and passed 50 laws while on the Council. Jim’s common-sense vision of the future of City governance is needed now more than ever. I unreservedly give Jim my enthusiastic endorsement.”

Gennaro vows to deliver just as he has before. He has pledged to fight to further improve our yeshivot. During his tenure in office, he secured over $68 million in funding for local schools and $38 million for youth programs.

Regarding quality of life, Gennaro intends to continue the fight to rezone our area and prevent overdevelopment. In the past, Gennaro had worked on getting laws passed that protected our neighborhoods from deceitful developers.

Gennaro was never shy to take a national stand, often speaking out and being a vocal advocate throughout the City. The environment is one area where America took notice. More specifically, Gennaro wrote the nationally acclaimed New York City Climate Protection Act, which reduced greenhouse gas emissions.

Gennaro also hopes to continue his legacy of protecting victims of domestic violence.

Gennaro’s campaign is receiving strong fundraising support and has received enough contributions, both locally and in total to receive the maximum disbursement from the NYC campaign finance board. Gennaro raised $41,065.47, the average in-district contribution being $77.93. Of the fundraising, James F. Gennaro said, “We have built a grassroots campaign with the ability to deliver our message directly to the voters. I am honored by the breadth of support our community is giving to our campaign. I am ready to fight for our values and to bring representation we can be proud of to City Hall.”

On January 10, 2014, Governor Andrew M. Cuomo announced the appointment of former New York City Councilman James F. Gennaro as Deputy Commissioner for New York City Sustainability and Resiliency at the New York State Department of Environmental Conservation. Governor Cuomo stated, “This year, the State is reimagining New York for a new climate reality, building back better and more resilient after the major storms from the last few years, I am pleased to have Mr. Gennaro join our team at DEC, where he will bring his many years of environmental experience to help protect and prepare New York City for extreme weather. Superstorm Sandy, which heavily impacted New York City, made clear that we have much to do to fortify the community for the future. Mr. Gennaro will be a valuable leader in those efforts, and I look forward to working with him.” Gennaro stepped down from the Cuomo Administration on May 1, 2020, to run for his former seat in the New York City Council in a Special Election to be held on February 2, 2021.

The Tuesday, February 2, special election will see early voting begin on January 23, and continue through January 30 at Queens Borough Hall, Queens College, and York College. Please visit findmypollsite.vote.nyc to find your polling location. Please call 718-730-6730 ext. 3, or visit www.queensjewishlink.com/absenteeballot to arrange for your absentee ballot to be mailed out.