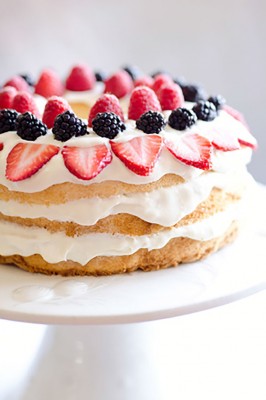 There is a requirement to recite one hundred Brachot each day. On Shabbat, this requirement poses somewhat of a challenge, due to the fact that the Amida consists of just seven Brachot, as opposed to the weekday Amida which consists of 19 Brachot. For this reason, many people have the practice of eating snacks and smelling Besamim at various points over the course of Shabbat in order to reach one hundred Brachot. One strategy that some people employ is to recite Birkat Ha’mazon before dessert at the Shabbat meals. By reciting Birkat Ha’mazon before dessert, one gains another Bracha, or perhaps two Brachot, as he will then have to recite a Bracha Aharona after dessert. (The Bracha before eating would be required in any event, as dessert is not covered by the Bracha of "Ha’mosi" recited over the bread at the beginning of the meal.) This practice, however, is subject to considerable controversy and debate. Some Halachic authorities discourage this practice, as it is forbidden to knowingly put oneself in a position that necessitates reciting Brachot. Others, however, maintain that this is permissible, since the objective is to fulfill the Halachic requirement of reciting one hundred Brachot each day. Chacham Ovadia Yosef addresses this topic in Yehave Da’at (vol. 6), and he sides with the opinion of the Shela, Elya Rabba and Rav Zalman of Liadi, who permit reciting Birkat Ha’mazon before dessert for the sake of reaching one hundred Brachot. However, Chacham Ovadia adds that it is proper in such a case not to bring the dessert to the table until after Birkat Ha’mazon.