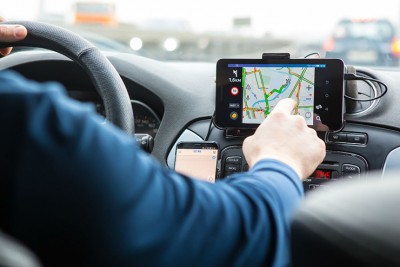 It is often said that a story is the most captivating measure to entice an audience. As many of you know, and as the byline for my column states, my name is Rabbi Yaakov Rahimi. Although my presence in both Queens and Lakewood are widely known, I reside in the wonderful borough of Brooklyn. If the roads in Brooklyn are recognized for anything, it would be for their allegiance to the automobile. Recently, I was put into the awkward position of borrowing a car from a dear family member. My new prized toy was not some old jalopy or a midlevel vehicle, it was a brand new 2020 model, straight off the dealership lot.

Autos nowadays are often equipped with the latest Global Positioning System (GPS). Our dependence on this unique piece of United States government intelligence has become commonplace. The satellite-based radio navigation system sends our geolocation and time information to a GPS receiver anywhere on or near planet Earth where there is an unobstructed line of sight to various GPS satellites. My little adventure out of Brooklyn seemingly required the usage of this technology. Many do not require a car to have this built-in feature, because their mobile devices have this capability. My cellular phone lacks this function, but I remained confident that this late-model car had the paraphernalia required.

As I begin to get comfortable in my new surroundings, I take notice of its wonderful features. The vehicle is what the boys call decked out in all the latest features – leather seats, a hi-tech dashboard, and a monstrous touchscreen display. I was quite certain the GPS functionality was a given, however, upon inspection it appeared these splashy wheels lacked this very basic instrument. This car had everything yet was short of a navigation system. I pondered, “This is the mistake of the current generation. We take pride in enjoying all the latest and greatest gadgets and surrounding ourselves with luxury. For us, life is easier than it has ever been. Nevertheless, our band of brothers and sisters lack one overall gizmo – navigation, or simply put commonsense.

Would it not seem rational for a brand-new car lease to boast a navigation system? But this model did not. Now, let us take a moment to focus on the most prominent scientists, intellectuals, or politicians of today. These men and women are revered by millions and are gifted to influence colossal crowds. The wisest of orators is skilled at managing the lives of those in their midst; still, they lack management in their own life. These academics are absent of common sense – the fact that a higher power exists in the world. Even the most distinguished professor will dispute the existence of the Almighty. How is it possible that someone who devotes their entire existence to the study of science does not recognize that there is but one Creator who performs the myriad of miracles it requires to generate life?

One would expect that the more an individual learns about science, the more he will recognize that there is a greater force at play. Why is it that the more people are educated in the fields of science, law, and politics, the more these very parties stray from a belief in a higher power? The Chovot HaLevavot, a text that was designed as a guide to the duties of the heart, explains that when we find a person who is the top politician, businessperson, or lawyer in the universe – a person who has never lost a debate, business negotiation, or trial – often this personality will struggle to win against their own yetzer hara, evil inclinations. The scripture notes a mishnah in Pirkei Avot, where it questions, “Who is mighty?” and then responds, “A person who subdues his evil appetite.” As we delve deeper, we ascertain that the person who is truly the strongest warrior is not someone who can influence millions of others or overcome political or business adversaries. Someone who beats their own wicked feelings has overcome their biggest life test.