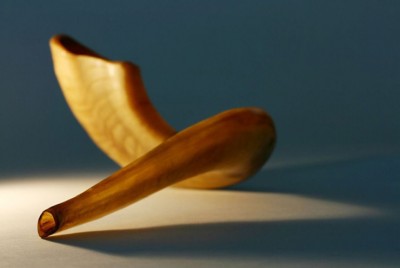 The Shulchan Aruch writes that the obligation of Shofar on Rosh Hashana falls under the category of "Mitzvot Aseh She’hazman Grama" – affirmative commands that apply only at specific times – and, as such, women are exempt from this obligation. Strictly speaking, then, women are not required to hear the Shofar on Rosh Hashana. Nevertheless, if a woman comes to the synagogue and hears the sounding of the Shofar, she is credited with a Mitzvah.  Although she has no obligation to hear the Shofar, she is considered as having performed a Mitzvah if she chooses to do so.  However, the Ben Ish Chai adds that it was customary in his community in Baghdad that when a woman was unable to attend the synagogue on Rosh Hashana, somebody would go to her home to sound the Shofar for her, so she could fulfill the Mitzvah. This custom mentioned by the Ben Ish Chai is noteworthy, for two reasons. First, it shows that he followed the ruling of the Shulchan Aruch that one may sound the Shofar on Rosh Hashana for women. The Peri Hadash disagrees with this position and maintains that it is forbidden to blow the Shofar only for a woman or group of women. Sounding a Shofar is forbidden on Yom Tov and is permitted on Rosh Hashana only for the purpose of fulfilling a Mitzvah. The Peri Hadash thus contends that since women are exempt from the Mitzvah, one who has already fulfilled the Mitzvah may not sound the Shofar for a woman. The Ben Ish Chai clearly followed the Shulchan Aruch’s lenient position, that since women are, after all, credited with a Mitzvah if they hear the Shofar, this suffices to permit blowing the Shofar for them on Rosh Hashana. In any event, it is clear that according to all opinions, if one blows the Shofar only for a woman or group of women, no Bracha is recited. The Ben Ish Chai writes that if a woman normally hears the Shofar on Rosh Hashana – which is, of course, the commonly accepted practice – and one year she knows she will be unable to [like possibly this year because of COVID restrictions], then before Rosh Hashana she must perform Hatarat Nedarim, annulling her implicit vow to observe this custom. Finally, the custom that women ensure to hear the Shofar is limited to the first 30 Shofar sounds, which are blown in the synagogue before Musaf. A woman is not required – even by force of accepted custom – to hear all 101 sounds that are blown in the synagogue; it suffices to hear just 30 sounds.