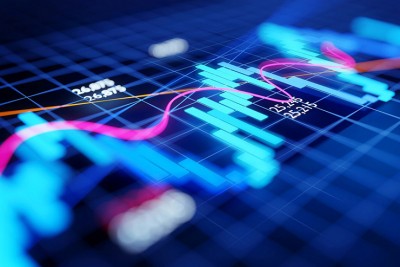 Does history repeat itself? Very often it does on Wall Street. And that’s why savvy investors worry every year when September and October roll around. These months, you see, are the two worst for stocks.

Over the years steep market selloffs can and have occurred in every month. But there has been a disproportionate number of very sharp declines and even crashes in these two — so many that investors have come to refer to them as the “September Effect” and the “October Effect.”

According to ABC News, the S&P 500 has fallen in September 55% of the time. Moreover, each of the market’s three leading indicators — the Dow Jones Industrials, S&P 500 and NASDAQ – has turned in its worst performances during September. Statistics for the NASDAQ and S&P 500 date back more than 50 years and for the Dow goes back more than a century.

September is the only month when, on average, stocks have a negative return. Octobers have had small positive returns. Nevertheless, some of the most horrific declines in Wall Street history have occurred in this month.

Following are some of these market "Effects."

In Sept. 1869 speculators tried to corner the gold market. Their scheme failed and sent the market reeling; many investors were ruined.

In Sept. 1931 the market suffered one of its worst one day percentage declines ever.

Markets in the US and other countries were rattled in Sept. 1939 after Germany invaded Poland;

On September 17, 2001, the first day trading resumed after the 9/11 terrorist attacks, stocks fell by a then record 684 points.

On Sept. 2008, the investment firm Lehman Brothers filed for bankruptcy, triggering the start of a 5,000 point decline in the Dow and unleashing turmoil in markets around the world. Just two weeks later, on Sept. 29th, Congress rejected a bank bailout bill, hammering the Dow down 778 points.

Even when September ends investors can’t relax because they’re facing October, which has had even steeper losses.

During The Panic of 1907 a run on banks in New York spread across the country. In a three week period beginning mid-October stocks dropped 50 percent from their highs of the previous year.

The Crash of 1929 started on Thursday, October 24th and lasted through Tuesday October 29th. This followed a crash on the London Stock Exchange in September and ushered in the financial misery of the Great Depression.

In the six weeks starting October 29, 1973, the market dropped 21%, apparently a delayed reaction to the Yom Kippur War, which broke out on October 6th, and the Arab oil embargo, launched on October 19th.

The Crash of 1987 was even worse. On October 19th global markets plummeted. The Dow fell by 508 points or 22.61 percent and markets around the world followed in step.

There are other examples of sharp declines in both September and October.

Why is the market so volatile during these months? Mark Hulbert, a regular contributor to MarketWatch who also tracks investment newsletters, pointed out that “in all decades but one over the last century September’s performance has been below average. That is remarkable consistency.” However, Hulbert acknowledged that “he has never found an explanation for this.”

But there are some theories. One of these is that people often spend more than they can afford to on summer vacations and have to sell stocks to pay the bills that start arriving in September. A related explanation is that people sell stocks to pay tuition for children attending private schools or colleges. Logical though these may be, neither explains why the market drops sharply in some years but rises in others.

One Rav explained this phenomenon from a hashkafah perspective. “Sometimes current events are connected to historical events,” he said. “It’s not a coincidence that churban haolam (destruction of the world) occurred in Parsha Noach and that sometimes the world gives a shake economically at that time.”

A well-known Maggid Shiur shared this insight. “Clearly there is a link between Elul and Tishrei and the market dropping during September and October,” he said. “Sometimes Hashem sends people a wake-up call to do teshuva (repentance) because Rosh Hashanah and Yom Kippur are approaching. The entire world experiences din and cheshbon during this season. However, after a person loses a lot of money Hashem often helps him recoup those losses.”

Investopedia, a respected market web site, has a very different take on this subject. “The September Effect is a market anomaly and in recent years the effect has dissipated….frequent large declines have not occurred in September as often as they did before 1990.”

A half year ago, September and October accounted for more than half of the worst days on Wall Street. The market rout earlier this year changed that and now 13 of the 15 largest one day point declines occurred in February and March. Even so, this does not lessen the risk investors may face in Septembers and Octobers.

How the market will perform in the next two months is anyone’s guess, but given all the strange and even bizarre events that have unfolded in the last year clearly anything can happen. Prudent investors bear this in mind no matter what month it is.