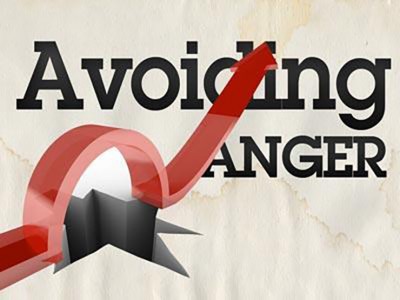 The Rambam in Hilchot Dei'ot elaborates on the evil nature of anger and the need to distance oneself from this emotion to the farthest extent possible. According to the Rambam, one should train himself not to grow angry even over very important matters, regarding which we may have thought it appropriate to respond angrily. And when a person finds it necessary to show anger for the purpose of instructing his children or other people his authority, he should display anger only outwardly, but remain in full control of his emotions internally. The Rambam cites a number of comments from the early Sages emphasizing the gravity of anger, including, "Whoever becomes angry is considered as if he worshipped idols." A scholar who becomes angry loses his knowledge, and a prophet who becomes angry loses his prophetic capabilities. The Rambam goes so far as to say that "Ba'alei Cheima," people who commonly grow angry, "their lives are not lives at all." Therefore, the proper way to live one's life is to accept insults and harm without responding angrily. Later, in Hilchot Teshuva, the Rambam writes that the obligation of Teshuva (repentance) applies not only to those who have committed forbidden acts, but also to those with faulty character traits. A person with a tendency to anger, jealousy, greed and lust for honor, must repent from the given trait even if he has committed no specific, forbidden act. The Rambam observes that repentance is generally more difficult to accomplish in cases of improper character traits than in situations of a specific act. It is far easier to resolve never to repeat a given action than to change a mode of conduct to which one has grown accustomed, making this kind of Teshuva particularly difficult. It therefore behooves us to ensure never to grow angry, and to conduct serious, sincere introspection and Teshuva to repent for all situations where we became angry.