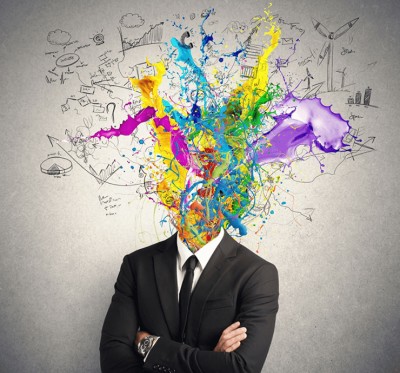 Creativity has been the name of the corona game lately. So many suggestions being offered on how to be creative as so many of us pass the time at. Some ideas I've heard thus far include decorating our windows with rainbows, putting on quarantined concerts, and singing off rooftops into the city sky. Aside from the usual virtual davening and tehillim gatherings, I wondered what might be a Jewish approach to this challenge.

Unfortunately, for every inspiring quote and video I have received and been privileged to share, I have received just as many names to add to my Tehillim list. Add to that just about a name a day of someone whom unfortunately was taken from us due to this virus, I start to complain less about having to still report to work and pay financially for the Triborough Bridge toll to avoid mass transit, and more on the emotional toll this pandemic has taken on me and countless others.

Each one of my kids has a daily account of screen time. Once they have withdrawn their final minute, they will often approach me and ask "what now." When I respond "be creative," I sense the intense concentration they put forth to come up with ideas. But creativity doesn't have to be that thought provoking. Oftentimes, keeping it simple is what wins the race. And here is but one suggestion that can make a difference in breaking the marathon record.

Place all of our refuah names on a piece of paper or text to carry around throughout the day. Every time we have the opportunity to do a mitzvah or avoid a sin, say something like "in the zechut of these cholim, I will do this mitzvah, or forego that sin. With that, so and so should have a refuah shleimah."

This can be especially effective for those mitzvot we struggle to do or sins we struggle to avoid. Doing so in someone else's merit, whether it be a loved one, one whose story hits deep within, or dare I say someone we don't particularly like can be the difference of our intention being actualized. Something as simple as stopping for a just a few moments to bring others who are in need into our devotion to His will, can not only help them, but us as well. We are taught that the one who prays is answered first. If that wasn't enough, we are also teaching ourselves discipline and selflessness. Finally, just like a ball player who plays that much harder after announcing the game he is about to win is for that special someone, we are motivating ourselves to do the very things that we otherwise may not have expended much effort to do.

Shortly before putting this article into words, I was given the unfortunate news of a dear family friend passing away at the hands of COVID-19. After listening to the levaya and hearing the very middot he mastered that I still struggle to get a handle on, I became inspired to put this virtual pen to the paper without delay. I would be nothing but a preacher if I did not dedicate this article to Chaim Yeshaya ben Yosef Meir Z"L, may his neshama have an aliya along with the countless others who have been taken from us from this virus.

We are at a potential turning point where we are facing our biggest challenges at a point in time where we have been privy to seeing the biggest miracles known to man. "Let my people go", four simple words our humblest leader was terrified to utter in the face of king Pharoah, for fear he would pay him no mind. H' asked him to trust that if he makes an opening the size of the eye of a needle, He will show Bnei Yisrael ten of the greatest banquet halls mankind would ever witness. May we use the break in the usual hustle and bustle to meditate on that very same request and learn from our past by implementing the very lessons now that rescued us back then. In doing so, may we be zoche to witness Hashem split this pandemic in half as we march into freedom so we are only left with the pan(s) used to help prepare the physical nourishment we need during this upcoming holiday of Passover.