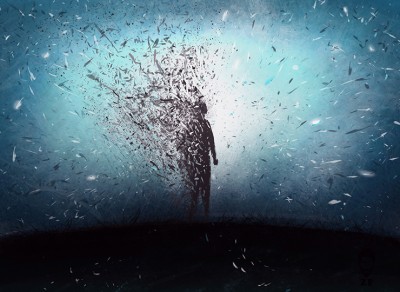 Have you ever felt that everything worthwhile in life eventually fades? The energy of youth fades into old age, the excitement of beginnings fade into routine, the inspiration of a new goal fades into habit. This experience extends to almost all dimensions of human experience. When you begin a meal, the taste is fresh and delicious, but after only a few bites the taste wears off and the food loses its mouthwatering appeal. Did you ever hear a great song, immediately fall in love with it, and play it endlessly on repeat? After a few days, you probably couldn’t listen to it anymore. This once captivating song somehow lost its appeal, and you were forced to move on to the next song.

This numbing experience isn’t always negative. If you’ve ever heard a loud or disturbing sound, you may initially be annoyed or irritated. However, after a few moments, your senses become dulled and your mind muffles out the sound. The stimulus is still there, but the sensation has faded.

This concept permeates all of human experience, leading us to question why Hashem created the world this way. Why did Hashem create a world in which inspiration, physical sensation, and emotional delight always fade? What is the deep spiritual concept behind this phenomenon?

The Answer: Why Inspiration Fades

The deep explanation behind this process is explained by the Arizal, the Ramchal, the Vilna Gaon, and many other Jewish thinkers. They expound as follows: Every process contains three stages. The first stage is the high, the inspiration, an experience of perfection and clarity. Next comes the second stage: a complete fall, a loss of everything that was experienced in the first stage. Then we have the third stage, a return to the perfection of the first stage. However, this third stage is fundamentally different than the first. It is the same perfection, the same clarity, but this time it’s a perfection and clarity that you have earned. The first time it was given to you, now you have worked to build it for yourself.

The first stage is a gift, a spiritual high. It’s there to help you experience the goal, the destination. It’s a taste of what you can and hopefully will ultimately accomplish; but it’s not real, it’s given as a gift, and is therefore an illusion. It serves only as a guiding force, but can’t compare to the genuine accomplishment of building something yourself. It’s therefore taken away to allow for the second and most important stage: building it yourself, undergoing the work required to attain this growth in actuality, to work for the perfection that you were shown.

A gift isn’t real, something chosen and earned is. We’re in this world to choose, to assert our free will, and to create ourselves. Now that we’ve tasted the first stage, we know what we’re meant to choose, what we’re meant to build. The third stage is the recreation of the first stage. While it appears the same, it’s fundamentally different. It’s real, it’s earned, and it’s yours. The first stage was a gift, an illusion; the third is the product born of the effort and time you invested. Now, let’s give a mashal, an analogy, to better understand this principle:

Imagine you are a young child, still unable to walk. One day, your father holds your hands and begins to walk with you. Suddenly seeing the world from a higher vantage point, you immediately fall in love with your new ability to walk. Your father takes you around the kitchen, around the house, and you start to feel more and more comfortable in the walking position. You feel so close and grateful to your father for walking with you. Suddenly, just when you felt so safe and loved, your father does the unexplainable, he let’s go! A second later, you fall to ground, shocked, feeling both hurt and abandoned. All you can think is: “Why would my father do this to me? I thought he loved me?!”

The next day, the same exact thing happens. Once again, just as you feel safest, your father lets go, and you fall straight to the ground. You can’t understand why your father is putting you through this suffering!

However, a few weeks later, something magical happens. Your father lets go, but this time, you don’t fall to the ground. This time, you remain on your feet. You begin to walk around, by yourself! You have officially learned to walk.

Only now do you realize the truth. Your father wasn’t trying to hurt you. On the contrary, he was simply trying to help you walk. First he needed to show you how to do it. However, it was only by letting go and forcing you to stand on your own that you eventually learned how to walk. While he was holding your hand it may have felt like you were walking, but you now realize that it was only an illusion. It was a gift, it wasn’t real. Only now that you were forced to build it on your own do you really have the ability to walk. The first stage was the gift. The second stage was the fall. The third stage was the recreation of the first stage, except this time, it’s now real.

The Light Within the Darkness

This is the process of life. Inspiration, followed by hardship and difficulty, usually to the point where you hardly even remember that initial stage of excitement.

The Rambam compares this experience to a man lost in the forest, in the darkness night, in the midst of a thunderstorm. Unable to see his hand in front of his face, he has no idea where to go. Suddenly, there’s a flash of lightning and he sees the path home, clear as day. A second later the lightning fades and he’s left with only the memory of clarity to guide him back home. The lightning represents flashes of inspiration in a challenging and difficult world. The darkness represents the journey we must take to recreate that initial stage of inspiration.

We must hold on to those flashes of lightning, understand our goal and destination, and then recreate that light within the darkness. For, one day, you will once again experience the clarity of that light. Except this time, it will be real, earned, never again fading away.