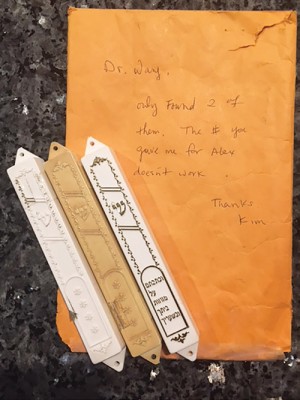 We have just finished eight days of the Passover Holiday.  Some kids were off for two weeks, some for three weeks, and some for a whole month.  With all of them home, it seemed like the Holiday was a month long instead of eight days. Baruch Hashem, we have these Holidays where we can connect with our wives and our children.  It was amazing to see how many people packed the various venues around the tri-state area. Although it happened to be spring break for both gentiles and the Jewish people, by far all you saw at the various gaming and entertainment places was the presence of an abundance of Jewish families. We should always grow and thrive.

Throughout the Passover Holiday, there was the echo of retelling the Haggadah.  All the halachic books stressed the importance of retelling the Haggadah shel Pesach to your children during the seder.  But how many times can we recount the same story? The importance is not only to recount the miraculous way that Hashem saved us, it is to teach our children and ourselves emunah (faith, for lack of a better word). It is to teach that Hashem does everything for an exact purpose down to the tiniest detail. There is nothing that is overlooked or accidental. Many times we don’t have the proper “glasses” to see how precise He is, but He does not miss any detail.  With that said, I wish to retell a recent situation that happened to me. If only it would have happened before our Pesach edition, it would have been a great story for the seder table, but it didn’t, so I will tell it now.

Over the past several months, I have been looking for a new business to supplement my income. Since the sale of my restaurant, I have had time to drive around and look into other neighborhoods and shopping centers. The overall outlook does not look good. There are many empty stores empty and many going out of business because of online shopping and giants like Amazon and Google.  People can get almost anything they want delivered to them in just a few days. There is no need to walk to stores or malls any more. Giants like Toys R Us have fallen because of this.

In one of my drives, I noticed a very beautiful corner pawnshop, which happens to be very close to where I live and on a very busy intersection, up for rent. I was aghast when I saw a sign that said “For Rent” with a telephone number.  It was written by hand on a small piece of paper. I knew of this store for some time and was very fond of it and its excellent location. I called the number and asked if it was indeed for rent and if I could see it. It happened to be that the landlord has a very fancy beauty clinic next door. She asked when I’d like to see it, and I responded “right now.” I was not going to give up an opportunity like this. She said that I could come to the door and she will show it to me.

I proceeded to quickly park my car. My heart was beating very fast; I was extremely excited. I thought Hashem, you mamash brought me to my next business. I came to the door and was met by a Chinese woman dressed in a doctor’s coat. She opened the door to the shop and allowed me to take a look. I was completely shocked when I went inside. Everything that you could imagine in a high-end pawn shop was there – and more. All the showcases nicely built-in with keys and locks, a beautiful bulletproof glass separation just like in a bank, and a separate sales area with built-in countertops in a fancy angle design with more glass showcases. As I walked to the back I noticed a door. As I opened it, I saw a large, jeweler’s-grade safe with the two original keys and an open safe door. Another room next to it had a desk, executive leather chair, video system, alarm system–the works. I thought I was in a dream. But I couldn’t show the landlady that I was completely blown away or she would hit me with a higher price. The place was so hooked up; it even had a small fridge, shelves, and all the comforts one needs to open a pawn shop/jewelry store.

I finally finished the tour and ask for the rent amount.  “$6,500,” was the reply.  It did not seem bad at all considering the fact that all I had to do was wipe some dust off the shelves, change the safe combination, get licensed, and begin working in a matter of a few days. I told her that I was going to call my brother/partner to come and see the place, she agreed. I went outside and called my brother with such excitement. I told him to stop whatever he is doing and rush to the location. As I went inside I noticed a Mezuzah. I thought to myself, wow, the previous owner must have been Jewish. As I walked through one of the other doors I noticed another Mezuzah. As we waited for my brother, I began asking her how long the previous tenant was there and why he closed.  She said that the previous owner had several locations. This particular location was run by someone and they had a big argument, at which point they decided to close and leave. I was thinking that Hashem has set everything up for me. My brother was already in the store and also amazed at what he saw. At one point, he turned to me and said, “You must have been praying really hard to get it like this; Hashem must love you a lot.”

We really wanted the store and started asking for the lease. We asked the landlady if we could get a better price, something like $6,000–our Bukharian mentality had kicked in. At that point she started saying that she had an optician who saw the place and wanted to open an optical store. We told her that we would take it as-is for the rent that she was asking. She told us that she really wanted to see if the doctor was interested because he was first. At this point I was thinking that she was pulling my leg and wants to get something else out of the deal. We told her that we were ready to take the lease and would send our lawyer’s information to her. She said that she would be leaving to celebrate the Chinese New Year in a couple of days (it was towards the end of January/beginning of February). We agreed that we would talk in a couple of days. As my brother and I left, we were stunned. We didn’t know what to think. This type of deal only comes once in a lifetime, if it comes at all.

To make a long story short, we were not given the lease. She decided to give it to the eye doctor.  With strong emunah I said to myself, Baruch Hashem, it was not meant for us. Deep down inside I was really happy; I saw how He was testing my belief. Several weeks passed, and we were already in the middle of March. I was driving by the location and I said to myself, “Hashem, why did you bring me to such a store, all beautiful and set up ready to be worked and then just dropped the whole thing?  I thought for a moment and then I said to myself, the Mezuzahs. Hashem planned this whole thing for me to get the Mezuzahs out of the place! The eye doctor was going to destroy everything inside and throw everything into the garbage.

I immediately drove to the location to see if it was being worked on. Everything was still closed as when I first saw it. I pried off the Mezuzah that was by the front door and took it. The one inside was the challenge. I went back to the landlady and explained to her that I was Jewish, which I had told her before, and that we have a certain thing that we put on the door that has our G-d’s name, and that it would not be good if the new tenants throw it in the garbage. She looked at me in a strange way and said to leave my number and she would pass it to the new tenants. I asked if maybe she could open the door for a second and I could take it. She responded that she had given the keys to the new owners.

At this point things didn’t look good. It seemed that she thought I was some sort of a wacko collecting plastic boxes, but I left it like that. Every couple of days I would go to the location and see if anyone was working so that I could ask them for it. I had the original Mezuzah in my coat pocket so that I would remember to go and so that I can show the workers what I am looking for. For several weeks, every other day I would pass by–but nothing. Finally, I kind of forgot about the whole thing because it was already Pesach. First night, second night, Chol Hamoed… finally on Wednesday, the fifth day of Pesach, I got a text. It read, “Hi Alex, they returned two door deco. You can come tomorrow.” I was thrilled. Just when I had completely forgotten about my mission, Hashem decided to help me and bring the Mezuzot back in the hands of kedusha. It happened to be that there were two more inside, not just the one that I thought originally. The next day I went to her office and she handed me a yellow envelope with two additional Mezuzot. I felt like I had saved three souls from jail. It was such a special feeling.

Everything we do on this earth has a meaning and significance to it.  Many times we are put in situations we do not understand. We meet people, we go places, we get into accidents, but we have to always look at every situation whether good or bad as having some sort of meaning.  There is never a place that you go or a situation that you are in that has no purpose. The only way to see the purpose is to have special “glasses.” The only way to attain these special “glasses” is to become closer to Hashem.  The only way to become closer to Hashem is to learn and master his Torah.