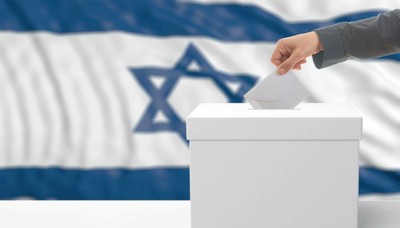 If the World Zionist Elections were Olympic performances, two Orthodox slates would walk to the podium to accept the bronze and silver medals. Just 1,675 votes separated these two honors with the Orthodox Israeli Coalition – Mizrachi coming in as the runner up with 21,698 votes just ahead of Eretz HaKodesh, with each voting bloc taking well over 15 percent of the collective votes. This overwhelming success is due to all those who encouraged their friends and families to partake in the election, and continuously shared the array of media and video content by SMS, WhatsApp, and across their social media platforms. It has emerged that American Jews, especially younger voters, are now expressing their Jewish affiliation in more traditional manners. It is your commitment to preserving the sanctity of the Land of Israel and its Jewish character that was the ultimate catalyst for the general triumph of Orthodox World Jewry.

The seven-week US election for the World Zionist Congress garnered over 120,000 votes, more than double the turnout of the last election in 2015 and the highest number of votes since the election began for the entire American Jewish community 30 years ago. A total of 15 slates, comprised of nearly 1,800 candidates, were vying for 152 American seats for the Congress during the election organized and facilitated in the US by the American Zionist Movement.

For the first time, a seismic shift has taken place, and groups promoting traditional religious values and Jewish rights in the entire Land of Israel will lead the communal voices for the American delegation to the 2020 World Zionist Congress. This comes according to preliminary results published on the morning of Monday, March 23. This highlights a profound shift from five years ago, when liberal groups won a supermajority of delegates.

The biggest surprise is the sudden launch of Eretz HaKodesh, which claimed the third largest bloc despite starting from scratch without the backing of a single sponsoring organization. “Our motivation was to protect the holiness of the Land of Israel and cultivate traditional Jewish practices and beliefs,” said Rabbi Pesach Lerner, President of the Coalition for Jewish Values and leader of the Eretz HaKodesh campaign, “and we are grateful to all those who volunteered and voted on behalf of our new slate.”

The Orthodox Israel Coalition (OIC), the Mizrachi-led religious Zionist consortium of major Modern Orthodox institutions, has been represented at the WZC for nearly 120 years and has now more than double its number and proportional representation since the previous election. The slate is a broad-based group of nine major religious Zionist and Modern Orthodox organizations, including the Religious Zionists of America-Mizrachi, AMIT, the Orthodox Union, Yeshiva University, Touro College, Bnei Akiva, Torah MiTzion, the National Council of Young Israel, and the Rabbinical Council of America.

“These results show the dedication and commitment of religious Zionists to safeguard nearly $1 billion going to programs and services that help our community and World Jewry. Thank you to everyone who voted. I am deeply grateful to all our Coalition partners and the hundreds of Ambassadors who worked so closely together with us to get this really impressive outcome,” stated Rabbi Doron Perez, chief executive of the Mizrachi worldwide movement.

Additionally, in the top five was the ZOA Coalition, Zionist Organization of America. The slate more than tripled its numbers from half a decade ago with 10,313 and was overall thrilled that the majority of the delegates elected to WZC are affiliated with the center-right. “The voting results mean that the ZOA Coalition will be in a much stronger position to continue leading the efforts at the World Zionist Congress to champion our critical platform over the next five years,” said Morton A. Klein, President of the ZOA, joined by its Chairman, Mark Levenson, Esq. These efforts will help to prioritize the aliyah of Jews endangered by global anti-Semitism and the safety of Jews around the world; combat BDS and anti-Semitism; unite Yerushalayim under Israel sovereignty; strengthen and defend Israel, including the Jewish people’s rights to our land, including the Jewish people’s right to live in Yehudah and Shomron; saying no to an Iran-proxy Palestinian-Arab terror state; and promoting love and respect for Jewish tradition and Torah values.

“Thank G-d, many segments of the Jewish community took this matter seriously,” added Rabbi Yaniv Meirov, Eretz HaKodesh delegate and CEO of the Chazaq organization. “We see that our new slate, and other pro-tradition slates, succeeded greatly. We will see increased holiness and Torah in the Land of Israel because of this.”

The election outcome will also help determine what percentage of the $1 billion will eventually be allocated to Orthodox-affiliated day schools, yeshivos, seminaries, gap-year programs, summer camps, shuls, and for recruiting and training emissaries and young Israeli women to performing national service in American communities.

“The American Orthodox community proudly expressed its commitment to Torah values and to safeguarding the funding allocations for programs and essential services for our community. The election results serve as a testament that Religious Zionism in America is vibrant and will only continue to flourish,” said OIC US Campaign Manager Yehuda Friedman.

“This is a momentous occasion, as we all stood up to the plate in recognition of the importance of building Torah in the Holy Land,” concluded Rabbi Yechezkel Moskowitz, President of Chovevei Zion and an Eretz HaKodesh delegate. “But this is just the beginning; now we must push forward and address the challenges that lie ahead of us.”

Shas Olami, American Forum for Israel-Russian-Speaking Jews, and Ohavei Zion had 2,046, 8132, and 375 votes, respectively. Voting for US representatives to the World Zionist Congress, the international “parliament of the Jewish people,” ended on Shushan Purim, March 11, and was conducted primarily online at ZionistElection.org with thousands of paper ballots also sent in by postal mail. The results are subject to final certification by VOTEM, the election management company that is tallying the votes. After the votes are certified, the number of delegates per slate will be apportioned using a pre-designated formula. Our Orthodox slates now await voting results from communities around the world in the hope that they can take the lead position in the overall votes for the Congress. The 38th World Zionist Congress is scheduled to be held in Jerusalem on October 20-22, 2020.