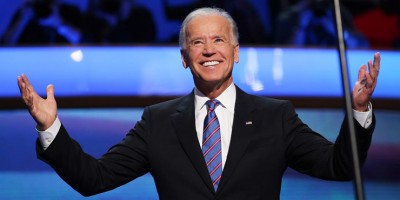 Super Tuesday ended with a big night for the Joe Biden campaign, which put him and Sanders very close in the delegate count out of Super Tuesday.

Coming into Super Tuesday, the momentum was with Biden. After winning big in South Carolina, beating Bernie Sanders by almost 30 points and taking home 39 out of 54 delegates, the Democrats consolidated behind the former Vice President. Minnesota Senator Amy Klobuchar and South Bend, Indiana Mayor Pete Buttigieg suspended their campaigns and endorsed Joe Biden.

Super Tuesday is the biggest primary day in the election calendar, with 14 states and 1,357 delegates up for grabs. To qualify to get delegates, a candidate must receive a minimum of 15% of the vote. To automatically receive the nomination requires 2,000 candidates. The states during Super Tuesday are Alabama, American Samoa, Arkansas, California, Colorado, Maine, Massachusetts, Minnesota, North Carolina, Oklahoma, Tennessee, Texas, Utah, Vermont, Virginia.

In 2016, the Democratic Primary was split between Hillary Clinton and Bernie Sanders. With Sanders as the frontrunner coming into Super Tuesday, comparing his performance state by state against other, more moderate Democrats in 2020 can show the direction of the country in the last four years. Each state breakdown will therefore have the 2016 results in addition to the available 2020 results.

The delegate count before Super Tuesday was Bernie Sanders with 60, Joe Biden with 54, and Elizabeth Warren with 8.

Mike Bloomberg won American Samoa, which has 6 delegates, with 49.9% of the vote. In 2016, Clinton won with 68.4% against Sanders 25.7%. Tulsi Gabbard, Congresswoman from Hawaii, who has not qualified in the last few Democratic debates, received 29.3% of the vote. Bloomberg takes 5 of the delegates, and Gabbard takes 1.

California has 415 delegates, and is the biggest prize on Super Tuesday. In 2016, Clinton edged out Sanders 53.1% to 46%. The polls in California closed at 11 PM EST, so only 12% of the results came in, but Fox called the state for Sanders, who has 27.3% of the vote. Bloomberg performed well compared to his other showings, coming in second with 18.8% of the vote, and Biden came in third with 17.2%. Warren’s 11.4% was not enough to earn her delegates.

Massachusetts has 91 delegates and is Elizabeth Warren’s home state. However, it was an embarrassing night for Warren, who came in third place. Biden won Massachusetts. In 2016, Clinton slightly beat out Sanders 49.7% to 48.3%. With 84% of the vote counted, Biden received 33.2% of the vote, and Sanders received 26.9% of the vote. Warren’s 21.9% of the vote essentially robbed Sanders of a win if she dropped out before Super Tuesday.

Biden won Minnesota, which has 75 delegates and is Amy Klobuchar’s home state. Klobuchar dropped out on Monday and endorsed Joe Biden. In 2016, Sanders’ won 61.6% to Clinton’s 38.4%. The Klobuchar endorsement helped Biden, because he beat Sanders 38.3% to 30.2%, with 71% of the voted counted. Warren’s 15.7% will also get her some delegates

Texas is the second biggest prize of the night (after California) with 228 delegates. With 51% of the vote counted, Texas is too close to call. Sanders has 28.5% and Biden has 27.1%. Former Congressman and Presidential candidate Beto O’Rourke endorsed Joe Biden. O’Rourke dropped out of the race in November 2019. Biden claimed that O’Rourke will have a place in his administration, should he win, as being in charge of Biden’s gun policy. Polls leading up to Super Tuesday has Sanders with a comfortable lead against Biden in Texas, which shows that the O’Rourke endorsement at the 11th hour may have helped keep Biden competitive in the Lone Star State.

Sanders won Utah, which has 29 delegates. In 2016, Sanders won 79.3% of the vote, one of his biggest wins of that year (outside his home state of Vermont). Clinton had 20.2% of the vote. 2020 is a much different story. With 65% of the vote counted, Sanders has 31.4% of the vote, which is a 48 point drop in 4 years. Bloomberg had a second place finish with 18.9%, and Warren just reached the threshold with 15%. Her continued presence in this race could have hurt Sanders delegate count in every state where she won a few delegates. Biden came in fourth place with 14.7% of the vote.

Biden’s performance in Sanders’ home state shows that he may be more likeable than Clinton and that Sanders’ constituents may be getting tired of the socialist ideology. Even including Warren’s 12.6%, Sanders didn’t come close to his 2016 performance.

According to The New York Times, Biden will leave Super Tuesday in the lead with 640 delegates to Sanders 578. Bloomberg will have 136 and Warren will have 105. The betting markets at this point at putting 60% odds of no candidate having a majority come convention time. This means there will be a fight in Milwaukee, because neither Biden nor Sanders will bow out to join with the other. These two candidates are both too ideologically opposed for a unity ticket (like Reagan/Bush in 1980) too old and not diverse enough to be on the Democratic tickets. Which means that if Biden gets the nomination at the convention, there’s a strong chance that Bernie’s voters stay home in November.

The next big election day is March 10th, with 6 more states going to the polls. If Bloomberg drops out and throws his money behind Biden, there’s a strong chance that Biden could go the convention close enough to the majority th